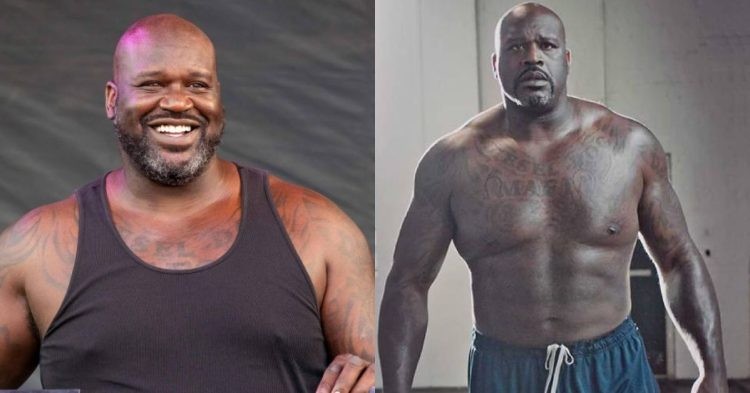 Shaquille O’Neal is an Los Angeles Lakers legend and 4x NBA champion. He is considered a larger-than-life person both for his physique and his personality. We are all familiar with how Shaq’s size allowed him to dominate other NBA players for several years in the league. But after retiring, the Diesel decided to let himself go.

This led to Shaq putting on a lot of weight over the past years. He recently revealed what made him decide to get back to the process of training and what his goals are. NBA fans are likely to be curious as to what his source of motivation to train is. O’Neal recently shared his physical transformation journey on an episode of “Implausive” alongside famous YouTuber Logan Paul.

In today’s world, being middle-aged or even old is not considered an excuse to remain fat and unhealthy. Shaq is already a huge man with a massive frame. Therefore, it is very easy for him to put on a significant amount of weight if he decided to let himself go. O’Neal revealed why he felt the need to transform and the details of his progress so far.

“I wanna become a sex symbol. So I’ve been working out and I posted a pic couple of weeks ago and it went viral… Shirtless pic…I like to create crazy motivation because I was looking at myself and I had that Charles Barkley retirement body and I didn’t want my stomach to be over the belt anymore so lemme go ahead and get slammed. But after that pic went viral I had to live up to it.”

Shaq went on to tell everyone exactly how far he has come ever since he made the decision to take his diet and workout more seriously, “So I was 401 pounds now I’m 365. I’m trying to take it back to 345. I wanna have muscles everywhere and I wanna do an underwear ad with my sons.”

We should applaud Shaq for taking the initiative and deciding to change. He has already lost more than 35lbs by reducing from 401 lbs to 365 lbs. Be that as it may, he still feels another 20 lbs can be done away with. All of us wish O’Neal the best in this personal endeavor and hope he is able to do the underwear advertisement as a prominent sex symbol. That is indeed his new desire.
Tags: NBAShaquille O'Neal
Previous Post