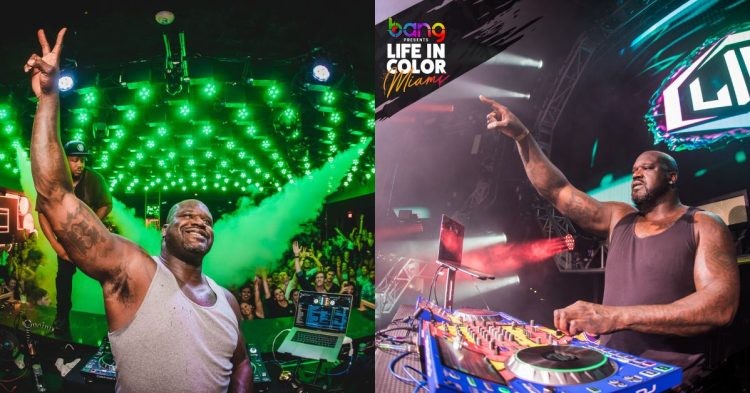 Shaquille O’Neal seems to be attempting to steal the title from famous rapper Pitbull of ‘Mr. Worldwide’. O’Neal was one of the best players in the NBA but it’s been over a decade since somebody has seen that. Shaq has switched up his entire career line more times than he’s switched teams in the NBA once he’s retired. And he’s taking his hustle to astronomical proportions with a huge tour on the books.

DJ Diesel made his debut at TomorrowWorld in 2015 where there were tens of thousands of fans listening to the best of Trap, EDM, and Hip-Hop. Since then, he’s put up so many great performances and sold-out shows. His popular identity and big friendly stature make him so much more lovable. In Tomorrowland Belgium 2019, he was at the peak of his DJ-ing career.

We’ve seen some great moments from DJ Diesel with his crowd interactions and hard beat drops. But we’ve never thought it would get to the point it is at right now. Shaq had 30 shows lined up from the end of May to November, almost non-stop.

His tour includes countries like the USA, Croatia, Spain, Belgium, Canada, and even Australia. In Croatia, Superman was seen partying with Luka Doncic. Their estranged dance move is one that we could see in all clubs and this raves in the coming future.

Shaq’s last show was on the 17th of July in Belgium and has gotten all of his fans super hyped.

His next show is lined up to be in Las Vegas on 29th at the Encore beach club at night.

I’m sitting on over 30 collabs. Y’all some talented people. Proud of all of you. More info soon.

In his most recent podcast, he’s gotten the opportunity to look back on his international gigs so far. And it’s wholesome to hear how he’s got the whole family involved.

“Yes and that’s your job as the DJ and luckily I got great people working with me. I got my engineer, I got my son, who’s young, and he knows what music to play and what they like. So, I’m an EDM, Dubstep DJ…I love mosh pits and I like to get them jumping.”

O’Neal has been a cop, an actor, a singer, a stand-up comedian, and so many other things. But he gave his Deejaying career the most priority. At times, it feels like he’s put in more for being DJ Diesel than the NBA superstar because he had to work twice as hard.

DJ Diesel is still on Tour and he could be on his way to your city real soon.