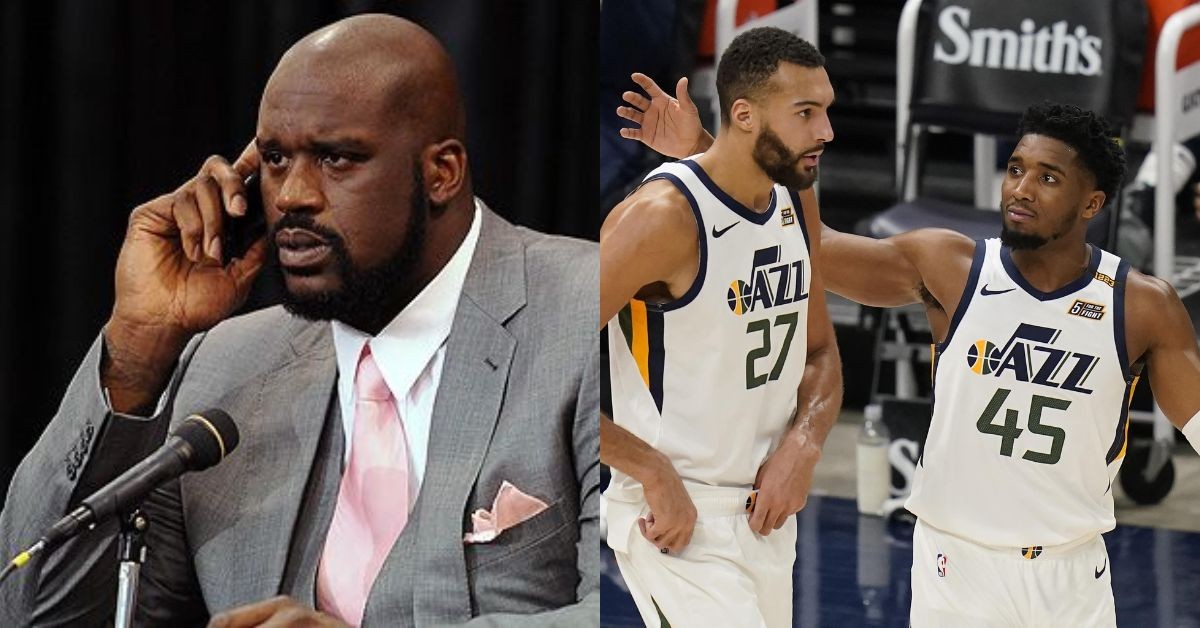 Shaquille O’Neal was one of the most dominant centers in the game of basketball. He is now a show host for “Inside the NBA” and has his own podcast. In the latest episode of his podcast, he discusses the situation with the Utah Jazz. Additionally, he also shares his opinion of who is responsible for the stars.

The Utah Jazz have had a disappointing postseason. They lost to Luka Doncic and the Dallas Mavericks. This was despite them having two star players. Rudy Gobert and Donavan Mitchell. Shaq weighs in on what went wrong.

It is no real shocker that Shaq believes that Gobert is the one at fault. However, this might be true in this scenario. Luka Doncic and the Mavs absolutely torched Gobert in the series. They had him running around trying to defend three-pointers. By doing so, they rendered his defense and rim protection greatly.

Shaq says it clearly, “Dallas was a bad matchup for them. because Jason Kidd got smart we gonna bring rudy out no shot blockers.. cant block three-pointers.. and on the other end, he wasn’t doing anything offensively…he has no post moves“.

Jason Kidd is the coach of the Dallas Mavericks. He was also a prominent NBA guard years ago. He has managed to help Luka Doncic get out of the second round, despite having no real second star.

Finally, O’Neal questioned whether Utah Jazz should keep Gobert. ” Who’s going to pay a guy all that money, one who cant score“. Gobert is quite efficient on the defensive end. However, he has no real game offensively, and is, therefore, not a real threat someone of his size should be.

Donovan Mitchell and Rudy Gobert are on max contracts. Therefore, the time will come when the Jazz realize this is not enough to make a deep run into the postseason. However, they must not make hasty decisions, as they may not get players, who give them what Mitchell provides offensively or Gobert defensively.

Rudy Gobert is at “him or me” point with Donovan Mitchell and will demand that one of them be traded in next few days, per @realOCsports

“Rudy feels that his own numbers are consistent or getting better, while Don is D liability and is falling off in terms of explosiveness” pic.twitter.com/ilIJRMXX2z

However, Gobert has an ego, and so does Donavan. It will be a challenge for the Utah Jazz to see this through to the end.

Will Shaquille O’Neal’s Prediction About Heat vs 76ers Hold After Joel Embiid’s Return?