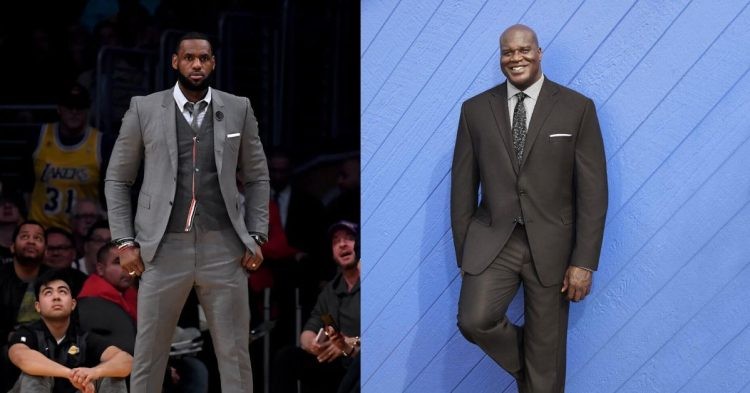 Los Angeles Lakers superstar LeBron James recently became a billionaire this year. He is the first NBA player to achieve this feat while still playing. This was possible due to his smart business ideas and investments. Another Lakers legend, Shaquille O’Neal is quite the successful businessman himself and has amassed a tidy net worth of over $400 million in his life.

While this might be less than half of what King James has been able to accumulate, that piece of information does not impact Shaq in a negative manner. When LeBron crossed the $1 billion mark, O’Neal revealed how he felt and what he thought about this situation.

O’Neal has made many investments and taken over ownership of several businesses in order to obtain his current net worth. In fact, he has even told us that he has bought the rights to dead people as an avenue to generate more money. Additionally, Shaq has revealed that his real business is being the owner of over 50 brands. He has claimed that doing so will allow him to live forever in the minds of the people. Just like Michael Jordan has with his “Jordan” shoe brand.

Shaq also went on to reveal that he feels the title of a billionaire has no real value in itself. Therefore, he feels no need to blindly pursue it, casting everything else to the side.

“I learned a long time ago that titles are useless. We as people, we as men, fight for useless titles.”

The mixed nature of these statements has the potential to confuse the ordinary masses. After all, why would Shaq work so hard to get richer if he feels that the titles coming along with it are useless? Our conclusion is that O’Neal feels financial success means a lot in the modern world. However, people should not lose themselves getting richer simply for being acknowledged as a billionaire.

I refuse to believe lebron a billionaire and Shaq not 😐. Shaq literally got his hands in damn near everything. https://t.co/18XSqxoNKr

In any case, we can conclude that while Shaq does not care about the title of billionaire, he would certainly like to become one at some point in his life.