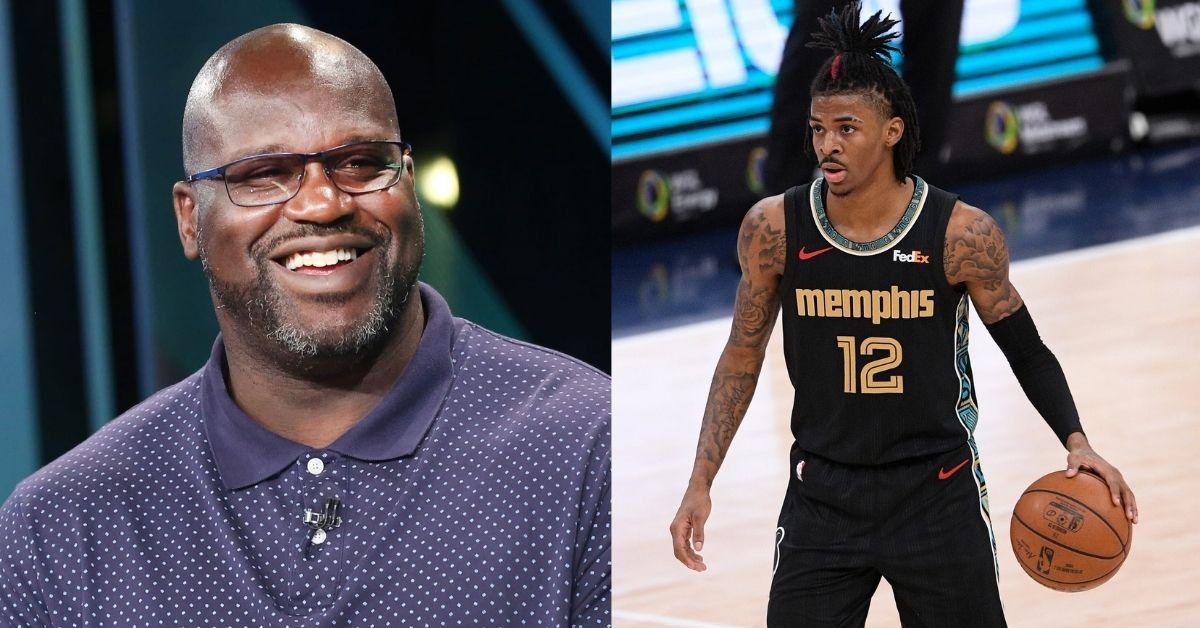 NBA’s Most Improved Player finalist Ja Morant has taken the NBA by storm this season. As a 6’3 guard, he has led the league in paint points ahead of most centers. His list of achievements is too daunting for a third-year player and reminds Shaquille O’Neal of his former teammate Kobe Bryant.

If there was a record for the most improved team in the NBA it would go to the Memphis Grizzlies. Ja Morat this season has surpassed the MIP conversation. He is easily a superstar at this point in his career and lives up to the expectations each night. Although the team surrounding him deserves just as much credit for their seeding, Ja Morant played a significant role.

Shaq and Kobe played together for 7 seasons before the 4x NBA champion went his own way due to internal differences. However, he got to witness young Kobe determined to have an impact on the team as well as the league. Even after Kobe’s retirement and eventual death, Mamba Mentality lived on through several players in the league.

Shaquille O’Neal has a reason to believe that Ja Morant has the confidence and ‘IT factor’ to be successful in the league. He never shies away from the spotlight or big challenges. He is very active on social media and isn’t scared of the vets. It is oddly reminiscent of Kobe Bryant who spoke trash to anyone and everyone.

Ja Morant is drawing high praises around the league. NBA legend Shaq even compared him to the great Kobe Bryant ????

Ja isn’t shy of the spotlight, and enjoys a challenge. Expect this to motivate him moving forward ???? pic.twitter.com/rhms1242m8

The Memphis Grizzlies are tied 2-2 against the Minnesota Timberwolves. The series was expected to go 7 games with two young teams competing in the playoffs for the first time in years. Ja Morant will have more opportunities to shine and stand up to the expectations of Shaquille O’Neal, the fans and Grizzlies organization.