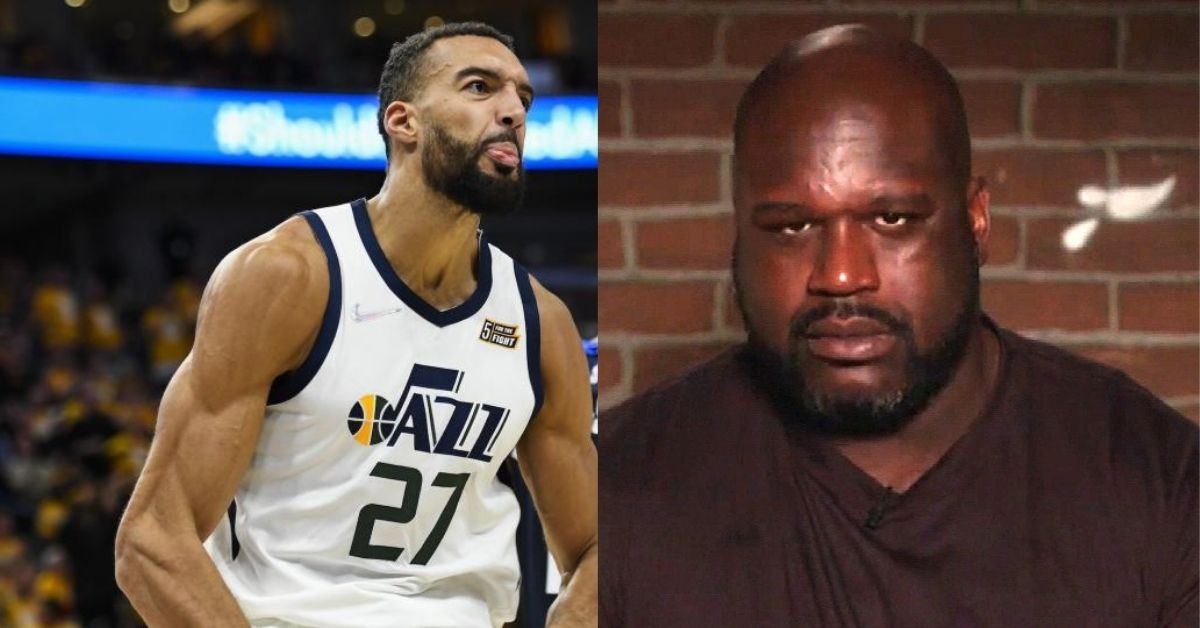 Shaquille O’Neal is a retired NBA player and now entertainer and show host. He has a podcast that puts out episodes every week. Shaq has had a back and forth with Rudy Gobert. This beef has been going on for a while now. In his latest episode, Shaq stated that “Rudy has won“.

Shaq takes shots at Rudy for his lack of skill despite his size. Rudy responded as any athlete would do. He is the same height as Shaq despite being almost 100 pounds lighter. He responded to Shaq’s criticism by stating something near delusional. Gobert suggested that he could lock Shaq’s behind up on defense.

Shaquille O’Neal calls Rudy an earthling, and claims, that only he stood the test of time

NBA players are world-class athletes. However, the gap between some of these athletes is indeed astonishing. Rudy is no scrub even by NBA standards. He has been selected as an all-star and considered a top center in the league. Additionally, his defensive abilities earned him the nickname “Stifel Tower“.

The real gap between a prime O’Neal and Gobert would be in their offensive arsenals. Shaq was just so much bigger and used his girth to post players up under the rim and dunk on them. Rudy might be on Shaq’s league as a defensive player. However, he does not have nearly the offensive presence that Shaq did.

Shaq states in the latest episode of his podcast the following. ” from now on I’m not wasting my time with mere earthlings… you know exactly what that means… a man that’s stood the test of time against Patrick Ewing David Robinson, Tim Duncan, Hakeem Olajuwon and you ask me about Rudy Gobert? Don’t do that“.

Shaq has reminded us all that he has gone against great NBA legends. It is highly unlikely Gobert would do well in those matchups. Therefore Shaq shrugged away the diss from Gobert as someone who is not “worth it”.

Shaquille O’Neal is 50 years old. He is clearly past his prime and was a shadow of himself towards the backend of his career. However, he did not shy away from the idea of a 1v1 vs the Stifel Tower.

On the Contrary, Shaq was willing to give Rudy three chances to block his dunk. However, his co-host Spice Adams tried to increase the stakes. He did so by saying the winner would have to donate to the loser’s charity. This was the line in the sand for Shaq. ” I decline man, I’m 50 years old…Rudy you win.”

Finally, Shaq was asked what he thought of Gobert responding in this manner. Shaq stated, “that’s what you do as a youngster“. he took us back to his career when he entered the league. How Kareem Abdul Jabbar, Wilt Chamberlain, and Bill Russel were all considered better than him.

“I respect that.” @SHAQ responds to Rudy Gobert’s IG comment 👀

Tap in live to the B/R app now https://t.co/03ruOImHHY pic.twitter.com/gMB0v7GWsn

However O’Neal really never believed this. He considered himself the best from the get-go. Rudy Gobert is just doing the same thing, only with fewer accolades and no NBA championships. Shaq knows this and accepts that no youngster will bow down to the greatness of retired old heads.