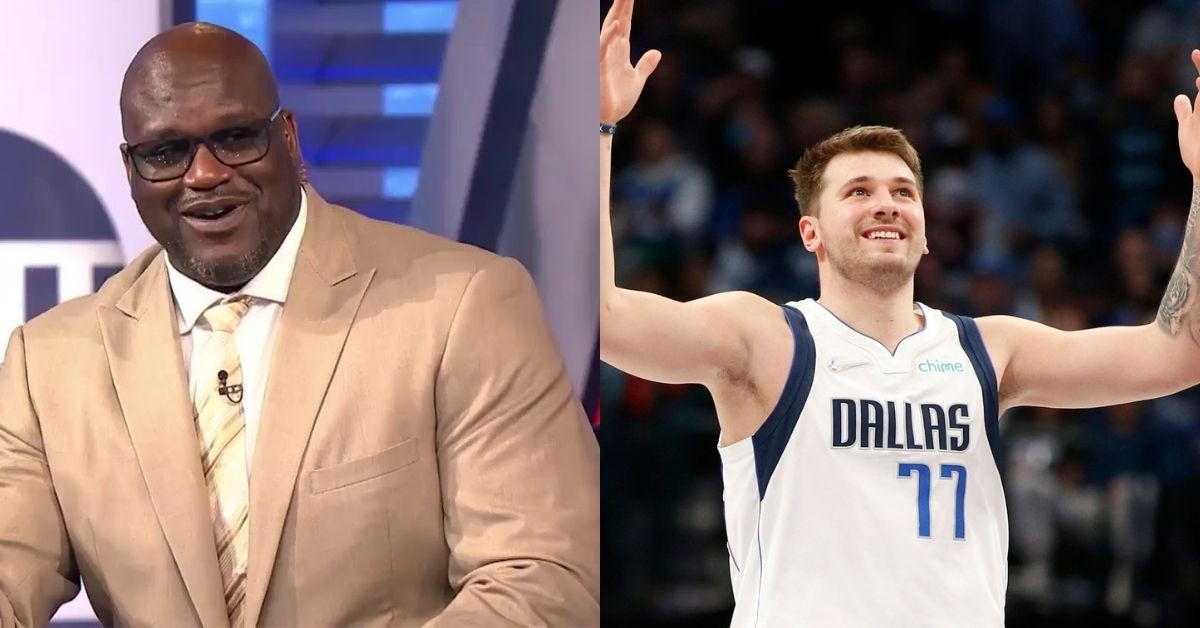 Shaquille O’Neal is now an NBA show host, entertainer, and host of The Big Podcast with Shaq. He is a prominent personality amongst the NBA media. Shaq has changed his favorite to win constantly. However, he revealed something in the latest episode of his podcast. He wants the Dallas Mavericks to win the NBA finals.

Shaq has always had amusing reasons to choose a team. Therefore, one must wonder, why has he chosen the Dallas Mavericks. Is it because of Luka Doncic or is there another reason?

Shaq may be a former player. However, he is also now a businessman and entrepreneur. He has his own private reasons to support each team. O’Neal revealed in the latest episode of his podcast the following. “Let’s go Dallas! I just bought me a new crib in Dallas too. cmon Dallas… I’m trying to get there… I wanna get there for when I’m coming to the finals. I wanna see Luka do data“.

Shaq must have his mind on where to go following the finals and celebrate. The Dallas Mavericks may not make the NBA Finals. However, they are within a single game of the Western Conference Finals.

Luka Doncic and the Mavericks have come back from being down 2-0 in this series. They managed to win game 6 to make the series 3-3. By doing so, they have forced a game 7 against the Chris Paul Phoenix Suns. This is a feat that LeBron James and the Los Angeles Lakers were unable to do.

Luka has clearly taken the next step this season. He was initially unable to get out of the first round. Now he is only one win away from the Conference Finals and 5 wins away from making the NBA Finals. Luka has had barely any help this postseason. This is because Kristaps Porzingas was traded for Spencer Dinwiddie midway through the season.

Shaq knows how close Luka is to a championship. He would probably love to invite him over to his new house to celebrate if the Mavs win this series or the next. However, Luka Doncic will have to play the best basketball of his life in the next month. This is the only way O’Neal’s wish can come true.