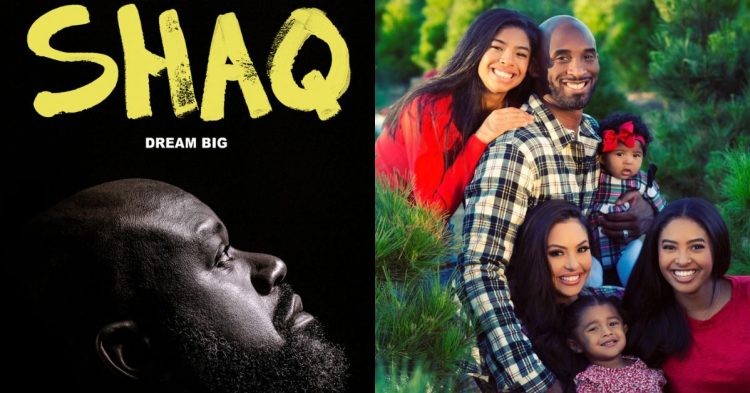 Shaquille O'Neal in his HBO documentary poster and Kobe Bryant with his family (Credit: Twitter)

Shaquille O’Neal has agreed to respect the wishes and make the necessary changes that Kobe Bryant’s family requested for his latest 4-part HBD documentary. NBA fans must be familiar with the legacy and career of O’Neal and its close association with the late Kobe Bryant.

After all, these are the only players who have led a team to a three-peat since Michael Jordan’s Chicago Bulls. It is difficult to argue that there has been a one-two combo in the NBA better than Shaq and Kobe.

To those interested, the name of the documentary is simply “Shaq.” It revolves around the NBA great’s life and his battles with adversity to become one of the best basketball players ever. We should wonder why Kobe Bryant’s family had a problem with the doc and understand the context behind this situation.

Fans will remember that Shaq and Kobe parted ways as teammates. Moreover, there was also a certain rivalry and animosity between them that they promoted to the media and the world. After all, two franchise cornerstones at odds with each other definitely make for a good story.

They certainly seemed to be on better terms during a personal interview after their respective NBA careers were complete. Shaq and Kobe even discussed their differences and seemed to make peace with the past and what happened between them.

Despite both of them fixing the narrative, we will never be able to hear Bryant’s side of the story after his untimely passing. Additionally, the documentary had a lot of Kobe Bryant’s presence in it. Since it is near impossible for him to have given consent and approval, his family wanted changes to be made in the documentary. The director, Robert Alexander discussed what the family wanted.

“Kobe’s family essentially requested that we reduce the amount of Kobe we have in the film…I’m not totally sure(why) but out of respect for their wishes we did it, we went ahead and we complied…So I’m very proud of what we ended up with, as far as the amount of Kobe content that we have, that relates to Shaq’s story, but at the end of the day it’s a Shaq film.”

Shaq himself later revealed that he wanted to make sure Kobe’s perspective had a significant voice. That is why he showed a lot of Kobe in it initially. However, perhaps it is a good idea to listen to Bryant’s family on this one and respect their wishes.
Tags: Kobe BryantNBAShaquille O'Neal
Previous Post