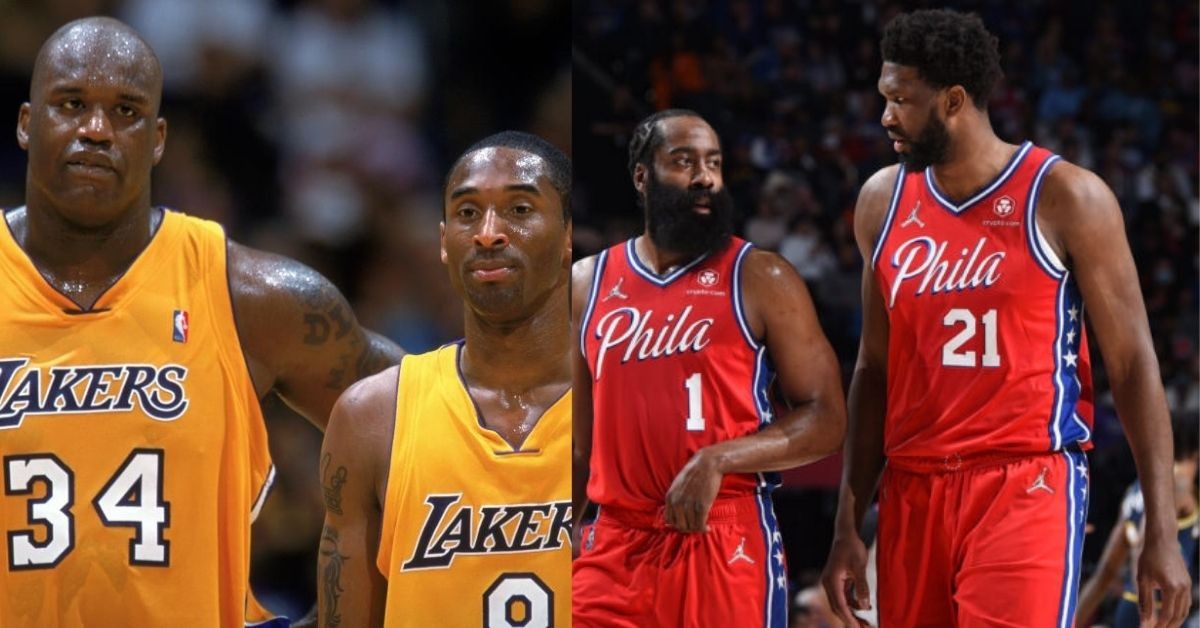 Shaquille O’Neal and Kobe Bryant were, arguably the greatest duo in the NBA. They led the Los Angeles Lakers to the only three-peat we have seen in the 21st century. Kobe was a shooting guard and Shaq was a center.

James Harden and Joel Embiid paired up midway through this season. They play shooting guard and center as well. However, the Philadelphia 76ers were eliminated by the Miami Heat.

The Philadelphia 76ers star duo choked. James Harden heavily underperformed. Additionally, Joel was sidelined for almost half the series with injuries. Shaquille O’Neal reacted to this failure on Instagram.

Kobe and Shaq were unstoppable. Therefore, they were called “the greatest one-two punch” in NBA history. It was a disaster for the opposition to guard them. As many of them put it, “It was either get crossed over by Kobe or dunked on by Shaq“.

Kobe and Shaq may play the same position as Embiid and Harden. However, they are such fundamentally different players, that the comparison should have never been made.

Kobe Bryant was a workaholic. He made sacrifices in order to win. Bryant pushed his physical limits and work ethic to the limit. However, James Harden is the opposite. He seems to take less care of his body. Therefore, he is unable to maintain his prime.

Shaq was a monster. Even Joel Embiid may not size up well next to the center. Although, Joel is definitely a better shooter. Shaq was much heavier than Embiid. His game is also fundamentally very different than Embiid’s. Joel relies on his outside shooting and foul calls. However, O’Neal never looked for any of this.

Shaq also had a relatively injury-free prime. For Embiid, it is the complete opposite. Joel has been plagued by injuries his whole career. A lot of this can be attributed to his large frame and uncontrollable force.

A young Shaq carried the Orlando Magic to the NBA Finals. They lost to Hakeem Olajuwon and the Houston Rockets. However, this is much further than Embiid has gone in his career.

Shaq is right. There will only be one super duo. However, it is likely he would prefer him and Kobe to be compared to James Harden and Joel Embiid as opposed to Donavan Mitchell and Rudy Gobert.