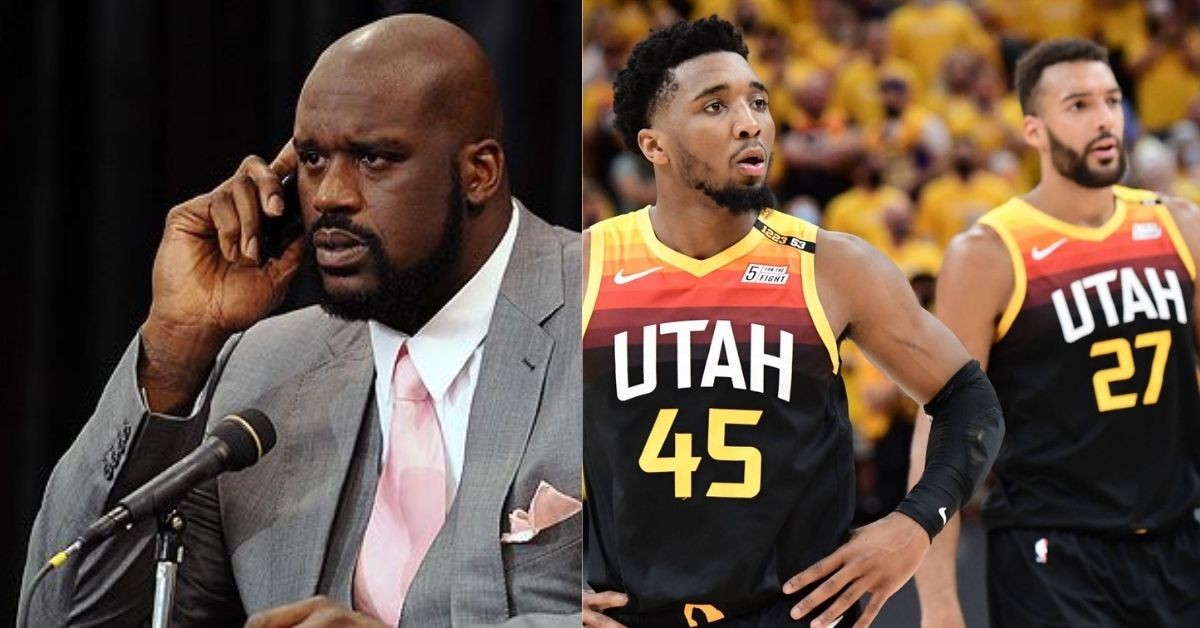 Shaq at Inside the NBA vs Mitchell and Gobert (Credits- Twitter)

The Utah Jazz is one of the lesser popular franchises in the NBA. However, they have always tried to stay competitive, despite never winning an NBA title since conception. Shaquille O’Neal has had a relatively low opinion of Donovan Mitchell and the Utah Jazz. Here he sounds off following them being eliminated by the Dallas Mavericks in 5 games.

Shaq is a 4x NBA Champion. Additionally, he is arguably one of the greatest NBA Centers of all time. He knows what it takes to win an NBA title. However, as an NBA show anchor, he now makes more controversial statements. He started last season by stating that he liked the way Mitchell played but he didn’t have what it took to go to the next level.

Shaq also takes many opportunities to throw slights at Rudy Gobert. Gobert is the center for the Jazz and a Defensive Player of the year(DPOY). Additionally, he is incredibly tall and has a large wingspan. This makes him a dominant threat in this league. Shaq seems comparisons to Gobert as an insult to his legacy and chooses to ridicule him at every opportunity.

Perhaps this is uncalled for. However, one cannot argue with Shaq’s notion that the team has not performed in the postseason. The team was eliminated in the second round last year by the LA Clippers without Kawhi Leonard. He was injured in the series and was sidelined.

On inside the NBA Shaq began by stating that the Utah Jazz coaches have not made the right adjustments by leaving bigs on the floor like Gobert. He states that guards like Luka could dominate Gobert. He then went on to say that Donovan Mitchell and the Jazz have disappointed for several postseasons now. However, they demand respect whenever they go on a small winning streak.

Shaq concludes by saying, “You don’t get our respect till you win”. It is clear that the Utah Jazz’s chances for this postseason are over. But soon they must question whether there is any truth to what Shaq is saying and whether they can have success in the postseason as presently constructed