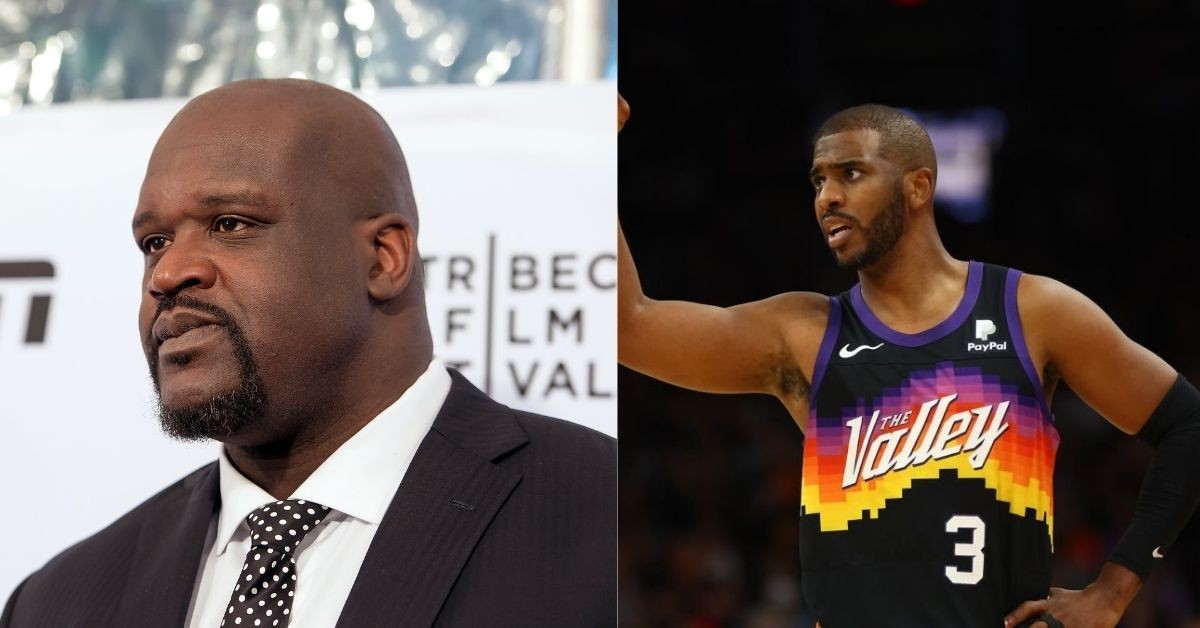 Shaquille O’Neal is a prominent personality in the world of basketball. He is also the host of a podcast called ” The Big Podcast with Shaq“. The latest episode involved Shaq reacting to the altercation between a 17-year-old Dallas Mavericks fan and Chris Paul‘s mother.

Chris Paul invited his family to watch game 4 vs the Dallas Mavericks. However, his family was constantly heckled by the Fans. The most notable incident was a young man constantly poking and touching Cp3’s mom while heckling her son. Shaq had some strong words to say about the whole incident.

Shaq is a player who has played in many hostile environments. Therefore, he knew the protocol to follow. Chris Paul forgot about his responsibilities off the court. Here’s what O’Neal had to say.

“ you have to put people with them. listen these people don’t care about us anyway… a lot of time during hostile playoffs..honey don’t come don’t wanna have to kill nobody.. and they understood that“.

O’Neal knows what a hostile playoff crowd could be like towards his family. Especially if they wanted to come, which they had every right to. He went on to say the following.

” If they did come.. I got some cousins.. hey man I’m giving you these tickets.. anything happens to my wife and my kids, after the game I’m putting my hands on you...”.

The pressure of a road playoff game is immense. Therefore Shaq is very right in saying that Chris should have made arrangements so he never had to intervene. Perhaps a brother or friend.

Chris Paul’s mother had hands put on her by Mavericks fans and his wife was pushed in front of Paul’s children during Game 4 in Dallas on Sunday, per @mcten pic.twitter.com/69Ku8bzYpq

Finally, one must wonder, is it even Chris’s job to protect his family in public when he is working. Isn’t it the Phoenix Suns security team who is also to blame?. What about the Dallas Mavericks security? why was no one of stature observing this to prevent it?.

The security needs to clearly step up and level punishments to a scale that prevents these incidents. Fans losing control, and becoming a nuisance, is a disgrace to the game.