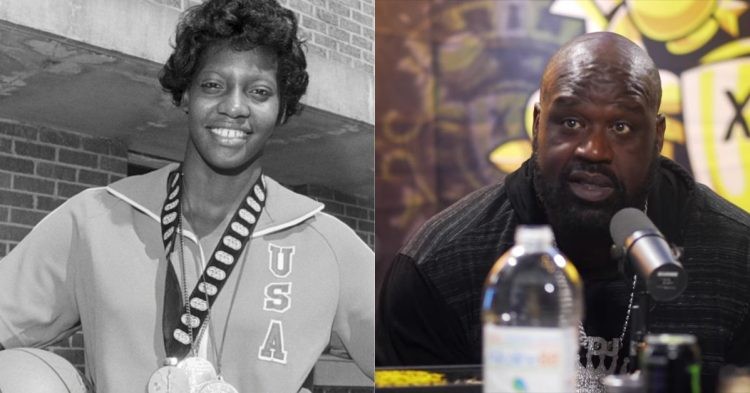 Los Angeles Lakers legend Shaquille O’Neal was an unreal force in the NBA during his time as a player. After his career ended, he moved on to do several other things in his life. After all, a person can only play in the league for about 2 decades and life is a lot longer than that.

It would interest many people to know that Shaq recently became the winner of an Oscar award. This is due to the fact that he was a special executive producer for a documentary called “The Queen of Basketball“. It is centered around a woman named Lusia Harris. One should wonder what Shaq brought to the table in the creation of this documentary and why he felt the need to participate in this operation.

The 2022 NBA Finals MVP Stephen Curry is known for his sense of philanthropy and social service. He decided to partner with Shaquille O’Neal as a co-executive producer for this short documentary. Both NBA legends supporting “The Queen of Basketball” was a huge reason for its success.

Even Shaq revealed that he was thankful to have Curry alongside him in this endeavor, “Stephen Curry is one of the NBA’s most iconic players whose voice speaks volumes both on and off the court. I’m thrilled to have him join the team to help immortalize Lusia Harris aka the queen of basketball.”

Curry also showed that he feels passionate about participating in this, “ We’re honored to join the talented team behind the queen of basketball and play a role in uplifting the story of the trailblazing Lucy Harris…Lucy, a true pioneer of the game of basketball and an inspiration for many, deserves to be recognized for her achievements. Through this compelling short story documentary, her legacy will continue to live on and impact audiences all over the world.

Lusia Harris’s legacy is certainly alive and still making an impact on the world. The documentary was nominated for the Oscars and went on to win it. The Queen of Basketball won the best short subject documentary, bringing a sense of accomplishment to all involved.

Shaquille O’Neal was recently interviewed and he shared why he personally got involved in this documentary and spoke highly of Harris.

“You know the one thing I could never do is steal somebody’s shine. documentaries are already done. I just helped magnify it. No, I had some input I said do this and do this But I like to be an aficionado. Like when you talk about hip hop, I know his story. When you talk about DJs I know your story. I was there. I never heard of this woman before and I was like How can I have not heard about a woman good enough to play in the NBA?… yeah the NBA she got drafted by the Utah Jazz.”

We should wonder how good a basketball player Harris must have been to be chosen over multiple elite male athletes by the Utah Jazz. Unfortunately she never actually played for the team or participated in the camp as she was pregnant at the time. Be that as it may, this still makes for a great story.
Tags: NBAShaquille O'NealStephen Curry
Previous Post