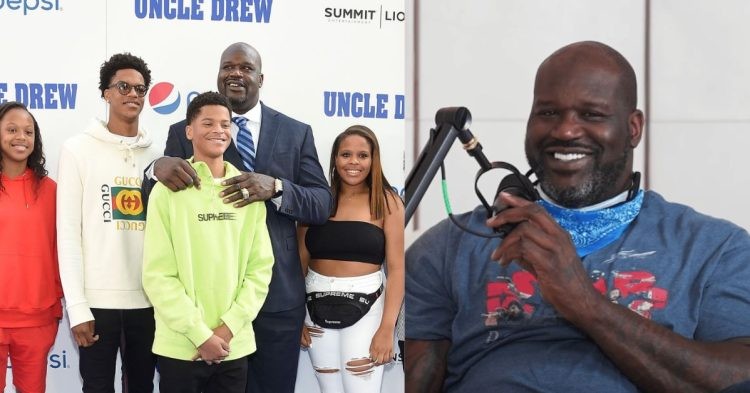 Shaquille O’Neal is an NBA legend and had an illustrious 19-year career in the league. He won 4 NBA titles in this span. 3 with the Los Angeles Lakers and another with the Miami Heat. Shaq is also a father to 6 children with his former wife Shaunie O’Neal now Shaunie Henderson. Their names are Shareef, Shakir, Myles, Taahirah, Amirah and Me’arah O’Neal.

Recently, he participated in an interview where he was asked what life lesson he would pass on to his children if he could only choose one. Parenting is quite a challenge and is a long journey of life lessons. It is quite difficult to pick one lesson as supreme over the others. Be that as it may, Shaquille had no hesitation in revealing which life lesson he feels is most important.

Shaquille O’Neal wants his children to be leaders not followers

The “herd mentality” is a significant problem in the modern world. People choose to behave irrationally and commit impulsive acts for the sake of the group and social approval. The act of thinking independently and standing by one’s convictions and beliefs grows rarer by the day. Thus, Shaq feels that this is something that a parent must help the child learn and develop.

We can’t really find fault with Shaq’s logic. He did not mean the word leader as someone who inspires others to follow them. That is a rare quality that few people truly possess. Instead, he is referring to being a leader in terms of self-identity and belief.

There are certainly other values and life lessons one can teach their child. However, Shaq’s lesson definitely ranks as one of the best for children to learn.