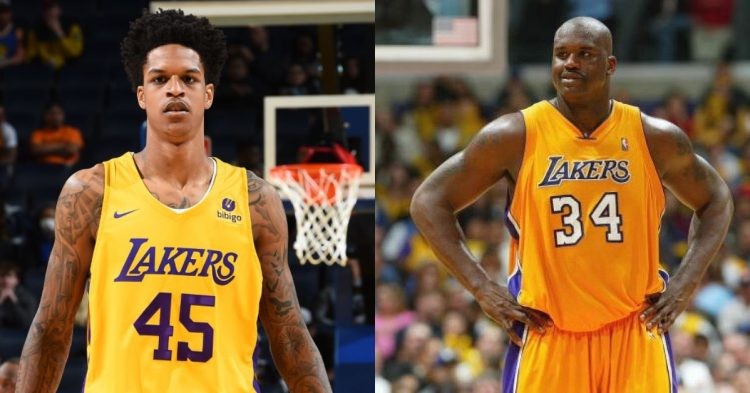 Retired NBA legend Shaquille O’Neal‘s son Shareef O’Neal made his professional debut in the NBA summer league. Shareef was signed on by the same team his father three-peated with two decades ago. Reports have emerged that he has been offered a contract by the “NBA G League Ignite“.

After playing for the Lakers in Summer League, Shareef O’Neal – the son of Hall of Famer Shaquille O’Neal – is signing a six-figure contract with the NBA G League Ignite, sources tell @TheAthletic @Stadium.

To those who do not know, the NBA G League was initially called the NBA Development League until 2017. It is a platform for athletes to showcase their skills and hopefully be called up to the NBA. One must wonder how Shareef played to earn this contract and how much he could potentially make.

A few years ago Shareef was diagnosed with an anomalous coronary artery. This is quite a serious medical health problem and if not treated right could result in death. If his heartbeat rose, it is likely his heart would be squeezed and lead to a congenital heart defect. The process of treatment for this was “open heart surgery“. This is one of the most delicate types of operations in the medical field.

This led people to believe his chances of becoming a professional athlete were over. A player with a serious health situation was not projected to go far in the NBA. However, Shareef did not give up on his dream. He stayed true to the process of rehabilitation. Thus, he was able to make the NBA summer league.

Shaq’s influence may have helped to some extent. Shareef displayed flashes of dominance and skill in the summer league. However, he averaged only 4.7 points and 3.7 rebounds in the 6 games for the Lakers. Moreover, he was given only limited playing minutes and had to learn to fit into a system.

Shareef is listed at 6’10 and weighs 215 lbs. Additionally, he has his father’s genetics. These variables might have influenced the decision to give him another contract. It is unclear how much he could make in this deal. The NBA G League usually does not pay its players more than $500,000. Moreover, the reports indicate that his contract is in the 6 digits. This means it could be anything from $100,000 to almost $1 million dollars.