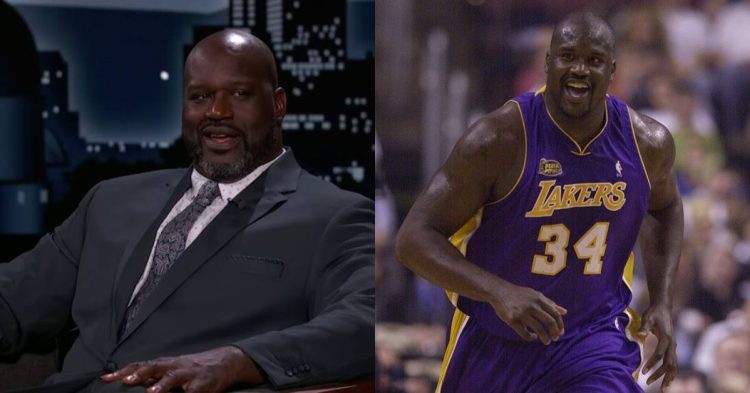 There have not been many NBA players to have had a similar impact as the great Shaquille O’Neal. He made a name for himself as one of the greatest players of all time, as well as one of the most dominant. Shaquille played for various NBA teams throughout his career and won 4 championships during his illustrious time in the league.

Apart from being a great player, Shaquille is also a huge family man. He has proven that he is a great father to his six children. An example of that would be the rules he has set for them about their dating lives and careers. Apart from that, Shaq’s own love life has gone downhill after 2011. That was when he divorced Shaunie O’Neal. The former LA Lakers star retired from the NBA that year as well.

The couple had gone through their fair share of drama during their turbulent relationship. However, recently, Shaq admitted that it was his fault that their marriage did not work out back then. Since then, he has been trying to find a special someone.

According to various reports, Shaquille hopped on Tinder a while ago. On the Jimmy Kimmel show, the 50-year-old addressed the rumors.

He said, “I signed up for Tinder. Put in my name. And I tried to make a person meet me, and they didn’t believe it was me. I was like ‘It’s me it’s Shaq’, they were like ‘No you’re not.’ Those voices said ‘Shaq would never be on this.’ So I had to hit delete. I had to delete my account. She was hot too. I was like, ‘Five minutes, just please just meet at Starbucks,’ ‘No, stranger danger, stranger danger.'”

Shaq is surely one of the most famous athletes of all time. Considering his physique and size, it would be close to impossible for one to not recognize him. However, that comes at a cost too. Many may create fake accounts pretending to be the NBA star, or at least that’s what the girl Shaquille spoke about thought. Although it is smart to be cautious about meeting strangers, she surely missed a huge opportunity.

😂😂 shaq on this podcast with druski said he tried to get a girl off tinder but no girl believed him so he had to delete it and he said he get his girls off instagram cause that’s the best dating app lol pic.twitter.com/iq7IzHjrPF

The story must be a few years old, mainly because of the fact that the Tinder application currently has a “Verified” feature. To attain that, one would have to upload a picture of themselves to prove that they are who they are claiming to be. If the application had the feature back then, Shaq would not have had to miss out on a girl he wanted to meet.