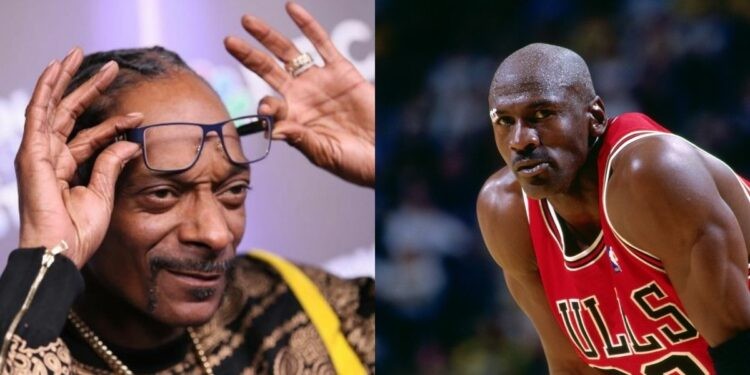 Snoop Dogg is one of the greatest rappers and entertainers in the world. He is somewhat of a global personality. Snoop has varied interests including the NBA. However, he revealed a peculiar interaction with Michael Jordan in a video with Jake Paul.

Snoop has always avidly followed the NBA. Therefore, he always knew about Jordan and was aware of his scoring ability and greatness.

However, when MJ asked Snoop to DJ an event, Snoop refused. He revealed that he had a chance to make about 2 million dollars from that gig.

Michael is widely considered the best basketball player ever. Therefore, Snoop Dogg would feel obliged to agree, especially as a fan of the NBA. However, here is what Snoop had to say.

“I know one of the craziest deals I’ve turned down. it was like 2 mil to DJ for.. I think it was a Michael Jordan event.. and I turned it down and I never met Michael…and I wanna meet him….”.

“No, but I never met MJ and I wanna meet him on a different.. I don’t wanna meet him on no I’m out there djing… I wanna like meet him as a fan as a boss like Mike I love you since north Carolina I’m a big fan of yours I love what you do you’re one of the greatest to ever do it.”

Snoop’s perspective makes sense. He would not be able to talk to Jordan freely and behave normally if he was there on a job. That was what he actually wanted to do. Therefore, he did not feel the pressing need to accept the offer.

He also revealed that he had way more customers and was busy doing other things on that day anyway. One must wonder whether Snoop made even close to 2 million on whatever he left the Jordan event for.

Maybe one day Jordan will realize Snoop meant no disrespect and meet him on casual terms. However, this is yet to come to fruition.