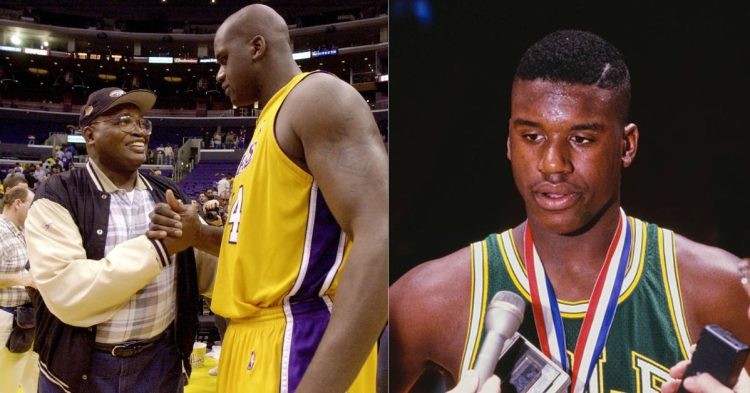 We all know that Shaquille O’Neal is an NBA legend and a player like no other. He was once widely regarded as the most unstoppable force in the history of basketball. Only Giannis Antetokounmpo from the Milwaukee Bucks has a chance at reminding us of what Shaq was capable of doing. Moreover, O’Neal was even bigger and more intimidating on the defensive end.

One must wonder where all of this began and the source of this “Killer Instinct“. Not all people are born capable of showing supreme dominance in a sport or an aspect of life. Doing so would require said killer instinct. However, it is unclear if athletes are born with this ability or if it is forged through a process.

Thankfully, Shaquille O’Neal revealed how he managed to unlock his killer instinct and what that did to the people around him. It is important to understand what he said about this.

We are fortunate that Shaq revealed this story about his early years. It is important to recall that Dr. Julius Erwing was one of O’Neal’s favorite players growing up. Thus a lot of his play during high school was molded based on the Philadelphia 76ers legend.

” I played high school ball two years and lost only one game. So one game I got 49 points and at the end of three quarters,  we are up by 30 I’m working on my dribble moves. I finger roll and I miss. My father walks on the court in his uniform looking sharp ‘Call a timeout’ I’m like dad we’re in the middle of a game. ‘CALL A TIMEOUT!’  yes sir. So he takes me outside what are you doing? You know I’m a high school American so I’m starting to feel myself get cool. Yo man I’m working on my Dr…. whoosh smack in front of everybody. Aint no Dr J. Be Shaq”

One can only imagine how humiliating it would have been for a prospective NBA athlete to be slapped by his father during a high school game. This ended up lighting a fire in Shaquille O’Neal that burnt bright for many years.

“So now I’m pissed so now I say okay this what you want me to do So I always start dunking that’s why when I dunk I always try to kick and tear the rim down And then when I start doing that I start seeing opponents go like this and I was like he’s right again. So killer instinct IS LIKE Look I’m not a mean guy but on the court, I know what I got to do to make you fo umph… It’s called intimidation so I was the king of intimidation.”

There you have it. That is how NBA legend Shaquille O’Neal developed his killer instinct and intimidation.