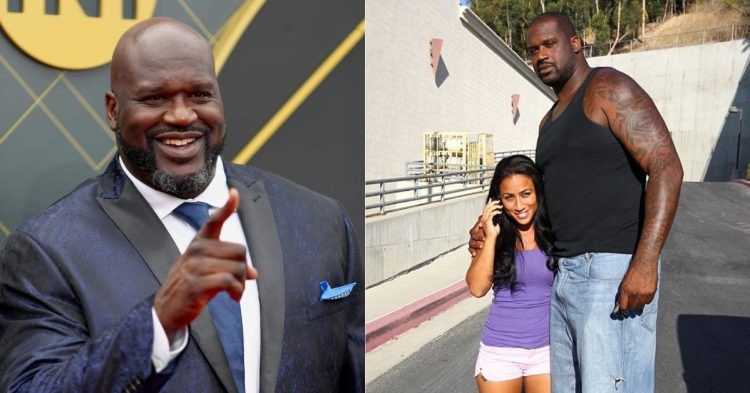 Shaquille O’Neal had an illustrious NBA career. Moreover, he has continued sharing his larger-than-life personality with us after his playing days. In “The Big Podcast with Shaq“, he discusses the issue of huge differences between the age gaps of couples.

Everyone is entitled to an opinion and the NBA legend broke down why he really doesn’t believe in an age gap in relationships. This is a morally grey issue and some people might not approve of there being a huge difference in age between couples. Moreover, some may even find it disgusting. We need to understand the whole story and the context in which O’Neal shared his perspective.

Shaquille O’Neal opines all that matters in relationships is compatibility

It is human instinct to question all forms of advice, criticism, and even the general sharing of knowledge. “Who are you? and what have you done in this field to advise me on it?” is a common thought process. We all know Shaquille O’Neal was one of the best NBA players ever. However, that does not mean he is ignorant when it comes to matters of the heart. The 4x champion was asked what he thought about large age gaps between men and women.

“I don’t wanna answer and be a hypocrite so I might as well answer the real way. I don’t really have a standard because it’s all about compatibility. For example, if I’m 50 I don’t have to date a 50-year old I can date 25, 26 and still be compatible because I have the mind of a juvenile delinquent…so I don’t really have a problem with the age gap but I do know for a fact that older guys like younger younger younger women because they feel it keeps them young.”

Shaq was pressed by his female cohost Nichelle Turner, who protested and claimed that it is indeed a problem. She also explained that she believes a 25-year-old girl is not mature enough to date someone decades older. O’Neal challenged this and made his stance clear.

“Again it goes back to compatibility persuasion and thought process and women date older because most guys their age are immature just going to keep it real. men are immature women are very mature… Some 25-year-olds are really mature, don’t be hating.”

Shaq has been through his fair share of relationships He claims that a 50-year-old man and a 25-year-old woman can be in a relationship. Moreover, he has no problem with it. Perhaps age is truly a number and Shaq has a point.