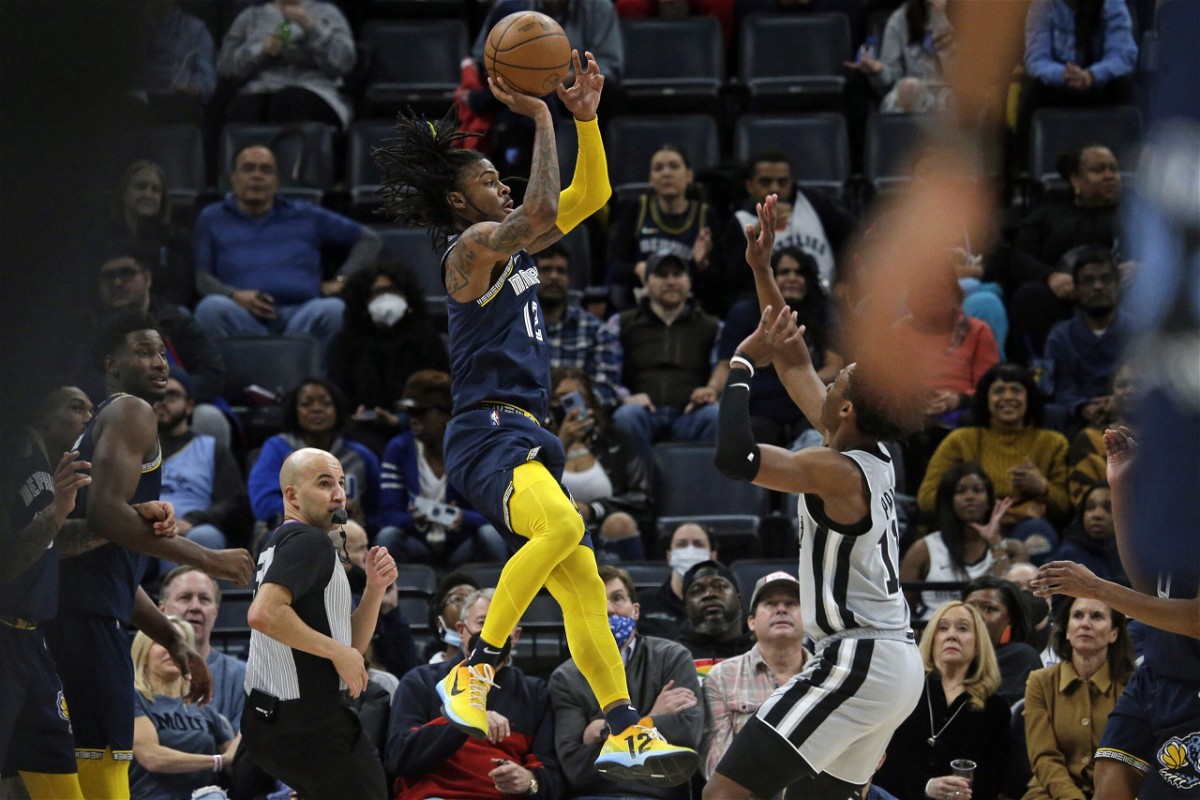 From 8th in the Western Conference standings with 38 wins in 2020-21, the Grizzlies already have 43 wins this season and sit 3rd in the standings. Likewise, they are well on course to best their former win record of 56 wins in the 2012-13 season. And even if they do not, this season exceeds anything that season had.

The remarkable upside is hugely due to Ja Morant’s stellar season. His numbers have increased in leaps and bounds. In only his third season in the NBA, he has improved from a previous high of 19.1 points per game to 27.6 points per game. His rebound numbers have also jumped from 4 to 5.9 per game.

His incredible impact on the Memphis Grizzlies and league-topping numbers earned him his first All-Star call-up as a starter.

In the Grizzlies’ latest game, they romped to a 118-105 win over the San Antonio Spurs. And Ja Morant stole the show, yet again.

The game quite literally had everything. Morant sunk a logo 3-pointer, then went on to bully his way past 3 defenders in a poster dunk. And in possibly the most insane and tight buzzer-beater, he collected an overhead pass and released while high in the air to beat the 0.04 seconds on the clock. And shot the best 2-pointer this season has seen.

He went on to score a career-high 52 points and broke the scoring record for a single game by any Memphis Grizzlies player.

His exploits drew plaudits from one of the best scorers ever, and cultural icon, Allen Iverson. Iverson declared him a future MVP winner by sharing a picture of a Ja Morant jersey on his own MVP trophy from 2001.

Morant was quick to answer The Answer by calling him the OG and accepting the passing of the baton.

Morant’s MVP stock has increased hugely with his performance against the Spurs and he is now a top 5 contender for the award. How he performs in the rest of the season will determine if he is deemed worthy of MVP ahead of Joel Embiid and Nikola Jokic.