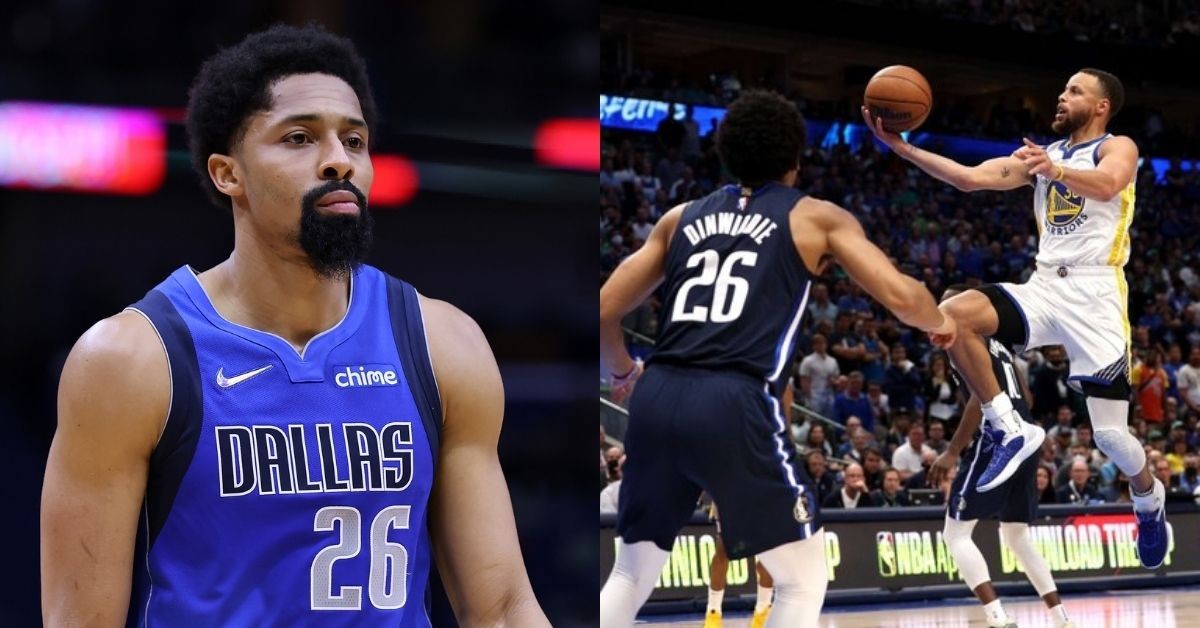 The Dallas Mavericks surprised everyone, perhaps even themselves, by making it to the Western Conference finals. En route to the finals, they defeated the number one seed, the Phoenix Suns, in spectacular fashion. And they could not have done it without their latest signing, Spencer Dinwiddie.

Dinwiddie came over from the Washington Wizards as part of the Kristaps Porzingis deal. He overcame doubts about his fit and form and quickly established himself as a very reliable option off the bench. Spencer averaged 15.8 points in 23 games for the Mavericks. And was expected to carry the same high-value production into the playoffs.

Consequently, he vindicated himself with his multiple high-scoring games in the first-round opener against the Utah Jazz in Doncic’s absence. Likewise, he followed that up with his stellar Game 7 performance against the Phoenix Suns. He scored 30 points on 73% shooting from the field to be the Mavericks’ secondary scorer.

Fun fact: These two are the first players to score 30+ in a Game 7 since Kobe and Shaq in 2002 🪄🥤 #dALLasIN pic.twitter.com/QQ9WjeegCk

Although his scoring streak has continued with scores of 17 and 26 against the Golden State Warriors, the Mavericks are not quite faring well.

Spencer Dinwiddie is not impressed by the Warriors

The Dallas Mavericks trail the Golden State Warriors 3-0 in the finals. It could not have gone worse for the Mavericks who were hoping to get off to a good start in the series. However, they now find themselves on the brink of elimination. It could be the gulf in quality, as the result and the media suggest.

But Spencer Dinwiddie was on hand to debunk any such claims of the Warriors being superior. On being asked if the Mavericks were overwhelmed by the talent on the Warriors roster, he broke it down insightfully, “No. I mean, look, man, people get paid in this league for a variety of reasons. It doesn’t necessarily make you more talented than another guy.”

He, however, maintained that the Warriors deserved their respect, “This is not to take anything away from the Warriors. Obviously, they are phenomenal. They’re a dynasty. But no. They’ve got a great team makeup, great chemistry. You don’t walk on the floor and be like, ‘Oh damn, they’re just so much more talented than us.’”

The results have not backed Spence’s claims though. If the Mavericks could somehow salvage the series by not being swept, it would still be a very successful season for them. Or can they dream for more?