Spike Lee, Trevor Noah and Other Celebrities Show up for Brooklyn Nets vs Boston Celtics Game 3 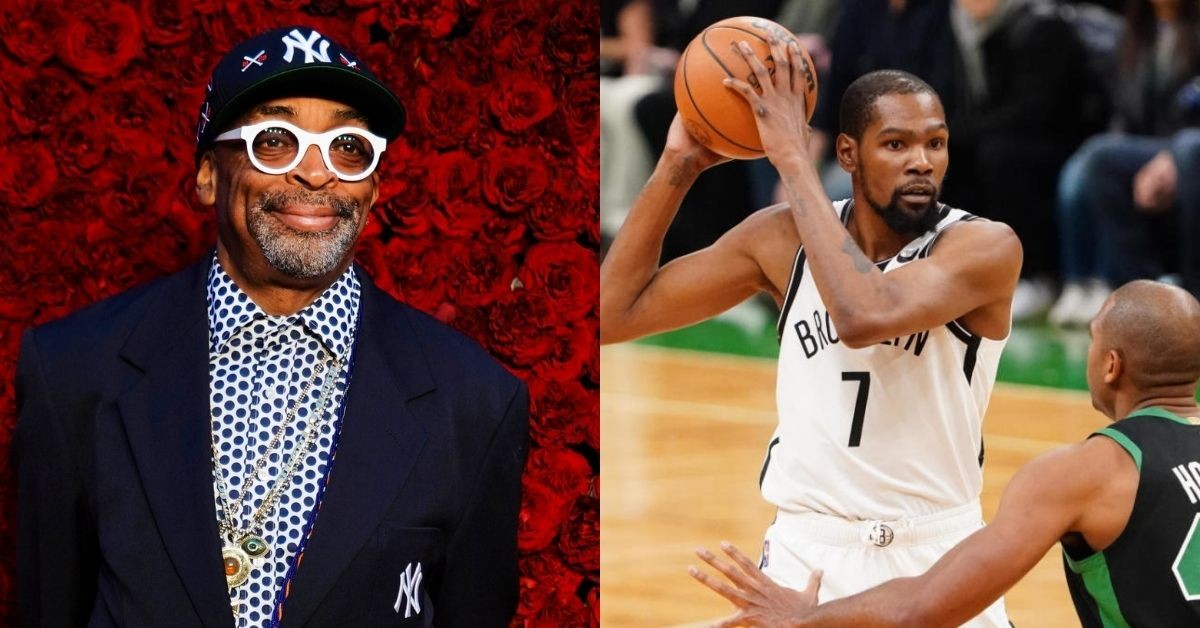 The Brooklyn Nets take on second-seeded Boston Celtics on their home turf after two humiliating losses at TD Garden. Jayson Tatum and co have a massive upper hand over Kevin Durant-led Nets. The tables have clearly turned as Boston is fully healthy while this new Nets team still figuring its way.

The slim reaper has been largely underwhelming so far. Last season he single-handedly carried the Nets to the second round despite multiple injuries. This season he is being carried by Kyrie Irving and Bruce Brown. Despite all this fans and celebrity fans alike showed up to cheer for the Nets in Game 3 at Barclays Center.

The Nets might be suffering from the Spike Lee curse

Over the years Spike Lee and the New York Knicks have almost become synonymous. He tries his best to attend home games and never misses postseason matchups. He has been a die-hard Knicks fan for decades, but tonight he was seen in downtown Brooklyn cheering for city rivals the Nets.

Kevin Durant and Co lost the game by 5 points leading to a 3-0 deficit. No team has come back from a 3-0 deficit. But the duo of KD and Kyrie is certainly capable of achieving it.

Spike’s New York Knicks did not even make the play0in the tournament this time after a relatively successful season last year. That perhaps drove Lee to catch a game in Brooklyn but clearly, his curse is too strong.

The Daily Show host Trevor Noah was in attendance as well. He is a long-time Nets fan and enjoyed games courtside last playoffs as well. This season may not be as exciting as the last one watching the Nets lose three straight games. In addition, Gayle King, Mary J Blige, and Questlove were also witnessing this Jayton Tatum masterpiece from the sidelines.

Ben Simmons is set to make his season debut at home next Monday in Game 4 against the Celtics. Nets can hope to end their misfortune but Boston might achieve a clean sweep.