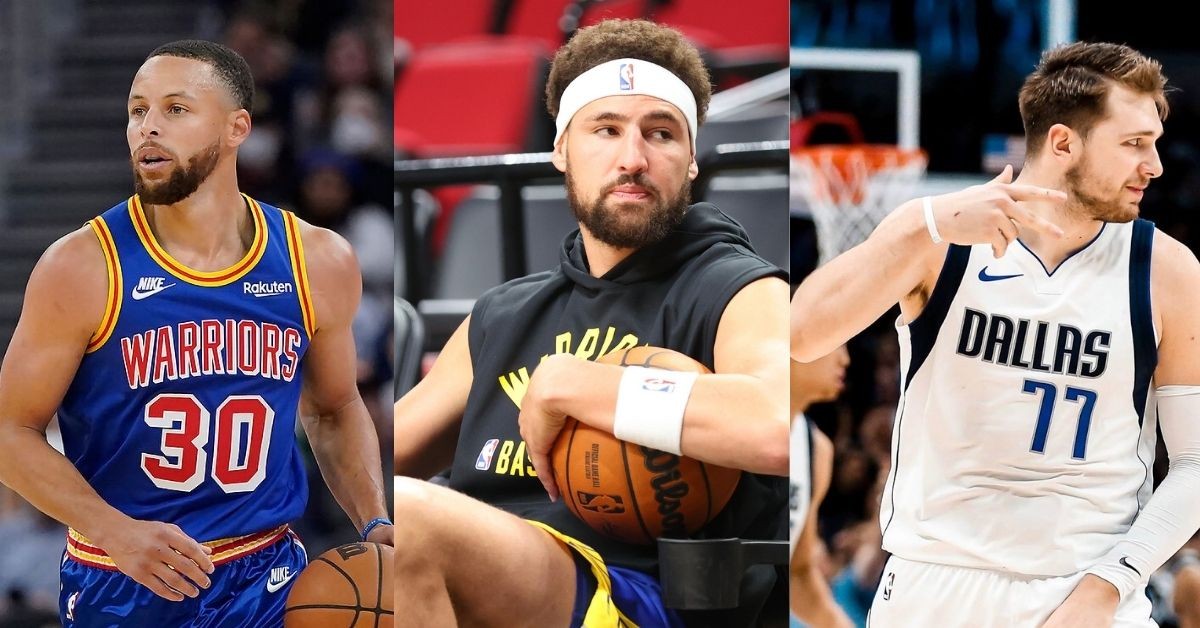 Stephen Curry, Klay Thompson, and the Golden State Warriors faced Luka Doncic and the Dallas Mavericks in the Conference Finals. The Warriors defeated The Mavericks in game 1 with a final score of 112-87. They now have a chance to take a 2-0 lead in this series.

Luka Doncic had a horrible game 1. He scored only 20 points, 7 rebounds, and 4 assists. Therefore, the Mavs were crushed on the road.

The Warriors know they are facing the team which eliminated the defending conference champions. Therefore, Steph was not letting this victory get to his head.

Stephen Curry seemed zoned in during the postgame interview

Steph has seen many deep NBA postseasons. This is not the case for many of his younger teammates. Therefore, one would expect Curry to talk trash or praise himself and his teammates. However, Curry remained completely focused in the immediate postgame interview. He did not hype up the win at all.

Curry said it as it is. “we did what we’re supposed to do… we take home court, win the first game… there’s a lotta work left“. The Warriors are both the favorites and have a home-court advantage in this series.

Every game is determined by luck to some extent. Andrew Wiggins got off to a hot start to keep the Warriors afloat in the first quarter. Klay Thompson didn’t have a single point in the first two quarters. However, he finished the night with 15 points.

The main reason the Warriors won this game would be rebounding. They managed to crush the Mavs “on the glass” and outrebound them 51-35. This allowed more offensive possessions for the Warriors which in turn helped them win this game.

Steve Kerr and Klay Thompson are in a similar mindset

Klay Thompson and Steve Kerr also made statements following their victory in game 1. It wasn’t very surprising that they didn’t seem ecstatic about the win. This is what separates teams with championship DNA from the rest.

If the Timberwolves or Grizzlies advanced this far and accomplished this, one must wonder what Patrick Beverley or Ja Morant would be saying. Klay Thompson, however, kept his message short.

Klay Thompson: “It’s just one game. We can feel good now but this team was down 2-0 last series and won.”

He is not wrong. Every analyst had the Suns winning the series when they were up 2-0. However, Doncic disproved all of them and Klay knows it.

Steve Kerr also said the following “it’s one game, we did a good job, but we have to turn our focus to Friday”.

The Golden State Warriors seem to be completely locked in. Luka Doncic will have his hands full and cannot afford more bad games. He is clearly not going to be slept on or underestimated after what he has achieved this NBA postseason.