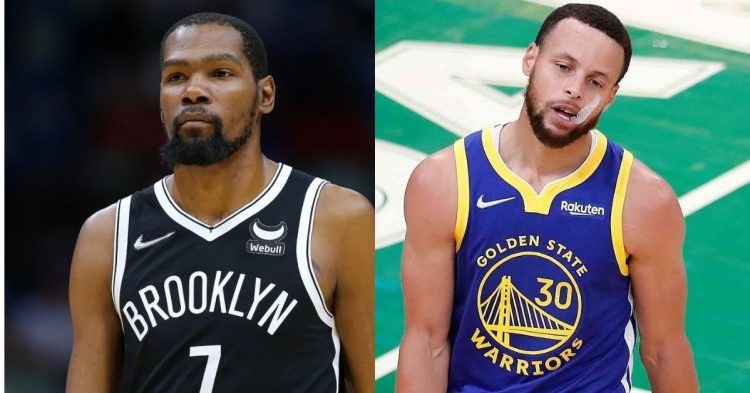 Stephen Curry and the Golden State Warriors are the 2022 NBA Champions. Additionally, He led them in scoring and won Finals MVP. Yet, there have been constant reports suggesting a reunion with former teammate Kevin Durant. This is because KD has been reportedly unhappy with his situation in the Brooklyn Nets and has asked for a trade. It is still unclear where Durant will take his talents if he does indeed leave the Nets.

Klay Thompson, Draymond Green, and the rest of the Golden State Warriors appear to be okay with  Durant returning to his old team. Perhaps they even want him there to continue their deep NBA postseason pushes and NBA Finals wins, which have lasted for almost a decade now. However, when asked, Curry shared a slightly different opinion.

Stephen Curry knows the power of the NBA “rumor mill”

Curry is no rookie in the NBA. He has been in the league for 13 years now. Therefore, he understands the media and the times like a few others. The truth is that the NBA media is always looking for the next “hot take” or any type of controversial news. A former 2x Finals MVP returning to his old successful team is the definition of a hot take that the media would love.

Steph knows this and probably even figured that Kevin Durant himself would not actually want to return to his old team. This was because KD was accused of escaping the work of creating a championship contender. Moreover, there were always claims stating that he was never as “loved” as the original Warriors players are by their franchise. Therefore, this was the reason for him choosing to leave in the first place.

It is common knowledge at this point that Steph is an avid golf fan. As a result, the NBA media decided to ask him about the constant rumors concerning KD during “The American Century Championship” golf tournament. There, Curry revealed that he was neutral on the subject and criticized the constant rumors being spun around.

“The rumor mill is all part of the nature of the NBA and the league. You take it for what it is… You know how quickly things can change but I like where we’re at“.

He truly made all the right arguments when asked about this issue. It is true that he should like where they are, considering they are defending champions. However, his words stating “how quickly things can change” refer to the business side of the NBA. This also means a lot of it is out of his control and is up to the owners.