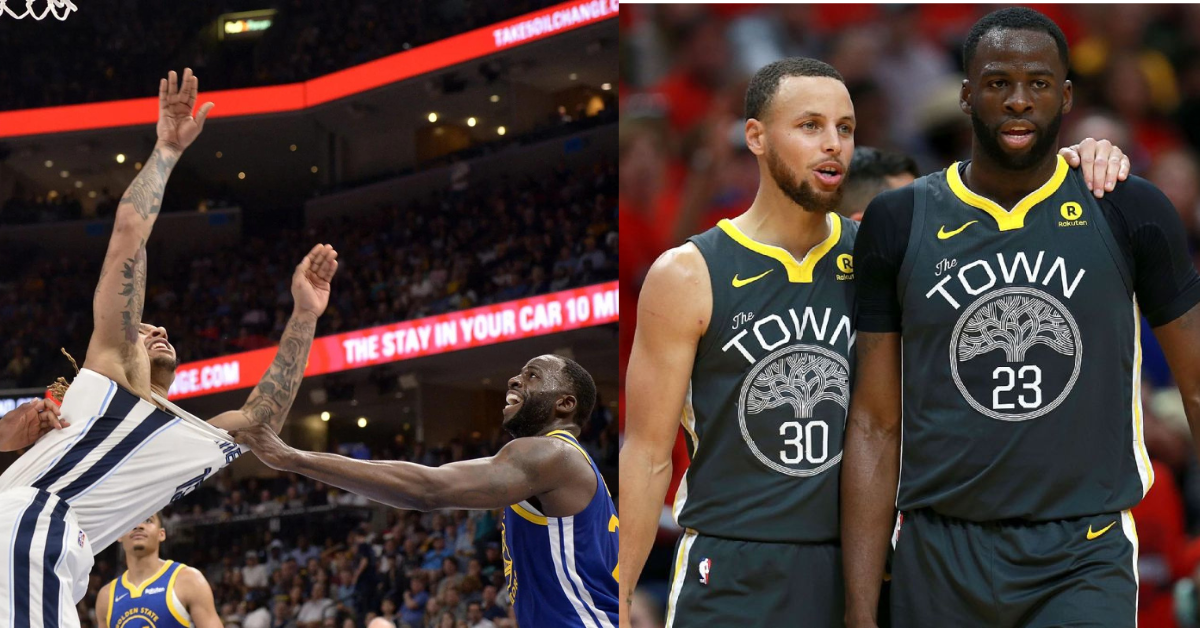 Stephen Curry and the Golden State Warriors are fresh off a nail-biting win. They beat the 2nd seed Memphis Grizzlies in game 1 of the Western Conference semi-final. However, GSW won by just one point. But the important thing is that they stole a game from Memphis on their home court.

That could be crucial as the series progresses. Yet one thing that left a bitter taste in everyone’s mouth was Draymond Green‘s harsh ejection.

With 1:28 seconds left in the first half, the Memphis Grizzlies held a 1-point lead over the Warriors. They were also in possession of the ball, allowing them to increase their lead before the half. Kyle Anderson received a pass which was stripped by Draymond.

Kyle got the ball back and made his way to the rim. 2 Warriors were holding down the pain which forced a pass to Brandon Clarke. Clarke went up for the shot but Draymond Green pulled him down by the jersey.

Draymond Green was hit with a flagrant 2 foul and ejected after this foul on Brandon Clarke.

The foul looked like a flagrant but not one with malicious intent. Yet, Draymond Green was hit with a flagrant 2 and ejected. That also meant the Warriors were without their vocal leader and defensive anchor for an entire half of the play. Green had played just 17 minutes and left with 6 points, 4 rebounds, 3 assists, and 3 steals.

But the entire game was criticized to be poorly officiated but at the end of it, the Warriors picked up a well-deserved win. However, it was not Curry that led the scoring, it was Jordan Poole.

“It was a tough call obviously. On the road, trying to start a series and you get a guy like Draymond headed to the locker room. Nobody wants to see that. It’s not good for the game. I didn’t think he deserved that obviously.”

Stephen Curry also felt hard done by on that call. He did not agree with the decision and did not believe it was good for a playoffs series either. He believed that shifted the momentum and emotions and could have led to them not winning.

Will the Warriors be able to steal game 2 as well against Memphis and the bad officiating?

Is James Harden’s Legacy on the Line With Joel Embiid Ruled Out Against Miami Heat?