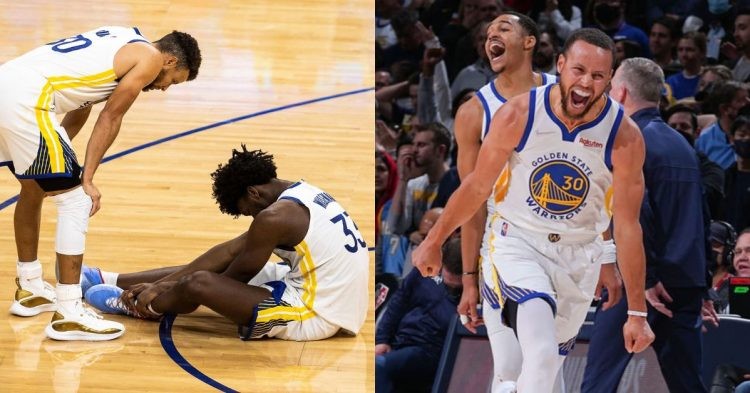 Dynasties are made not bought out. Most, if not all dynasties in NBA history have been created and led by players drafted by that organization. Michael Jordan with the Bulls, Magic and Kobe with the Lakers, and Stephen Curry with the Golden State Warriors. And the Chef expects the same from the next generation of the Warriors.

Stephen Curry was drafted as the 7th overall pick in the 2009 NBA draft. The Warriors put all their trust in this 6-foot 2-point guard with a killer jump shot and a dream. And with 13 seasons, 6 conference titles, and 4 NBA championships, it’s safe to say he has exceeded expectations.

Stephen Curry dreams big for the future of the Warriors

The Golden State Warriors are a team that has its priorities straight. They were willing to invest a lot into this team. The core of the Warriors dynasty always earned a big chunk of the salary cap. Hence, they were forced to sign cheap players on small contracts and young rookies to fill up their roster.

Those players got the opportunity to have accelerated learning and gain championship pedigree before most superstars in the NBA. That youth includes Jordan Poole, Jonathan Kuminga, and James Wiseman. Poole was one of the biggest producers for the Warriors in the playoffs. Also, Kuminga, as a rookie, played starting minutes for the NBA champions. Even though Wiseman missed out the entire season with a knee injury, he was a former 2nd overall pick.

‘Curry, for his part, dreams of a future five years from now where Poole is an all-star, Kuminga is an all-defensive player, and Wiseman is an MVP candidate. He and Green will be fulfilled then, he says.’

In January of 2022, Stephen Curry sat with GQ to talk about the revival of the Golden State Warriors dynasty. He spoke about how the Warriors were planning to cap off this season and he accomplished that. But he also spoke about the future as the Warrior’s core is entering the tail end of their career.

Curry wants Jordan Poole to be an all-star, Kuminga an all-defensive player, and Wiseman as an MVP candidate in 5 years or less. The expectations might be high for these players but a challenge is exactly what they need. They also do posses the all qualities and talent and just need to follow in the steps of their stars to achieve this.