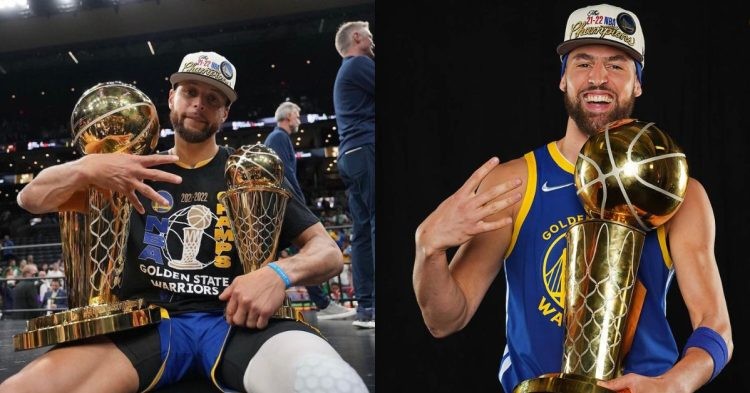 It has been an entertaining year in the NBA so far. The Golden State Warriors made it 7 Championships more than a month ago. They were struggling to win the title since 2018. The Toronto Raptors beat them in 2019 in six games of the finals. The year after that, the Warriors had one of their worst seasons after finishing the season in 15th place in the Western Conference standings. Their record was a shocking 15-50.

In 2021, The Bay missed the playoffs yet again. Their poor performances in consecutive seasons prompted fans and pundits to wonder whether the Warriors dynasty was over. They previously won three titles in four years. Many claimed that Kevin Durant’s departure caused GSW’s downfall. However, this year, they came back stronger than ever. Many wondered how they managed to bounce back to win the title after two bad seasons.

The Warriors players noticed the doubts that haters and pundits had. Recently, Klay Thompson took a shot at them on his IG live. The video was posted on Bleacher Report‘s Twitter shortly after.

Klay calls out at NBA media ‘experts’ who doubted the Warriors 🍿

Klay’s teammate, Stephen Curry, joined in the fun on Twitter. The pair have been two of the best players that have shown up for the Golden State Warriors this season. Both of them are the only players to average more than 20 points per game in the 2021-22 season.

People went for the Warriors after they had a couple of poor seasons. We all can agree that criticism is normal in basketball. But what the pundits did on TV was disrespectful. We all knew the Warriors were going to come back one way or another.