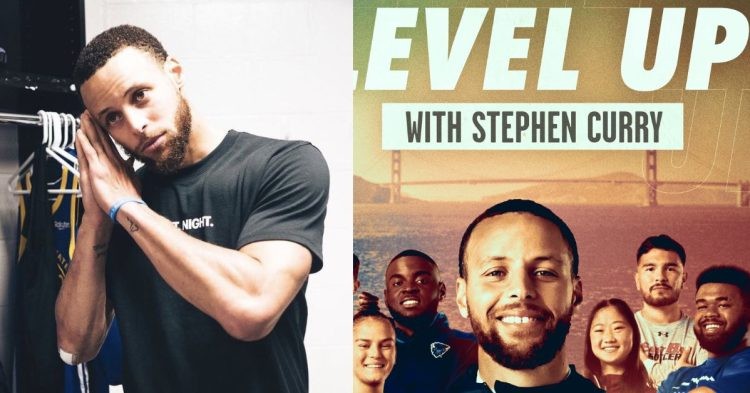 Stephen Curry just won his 4th title with the Golden State Warriors. He also bagged his first-ever Finals MVP after remarkable performances for his team. He has been in the league since 2009.

That’s almost two decades of experience at the highest level of basketball. He has been vital for the Warriors this season after putting up ridiculous numbers, especially when the Warriors needed them during the Finals.

It seems like the trophies won this year weren’t enough for Steph. He has a new show called Level Up. The show’s highlight is Steph mentoring six young athletes to become the best version of themselves, just like himself. He will be testing their physical & mental abilities through different phases. Adding on, the athletes have hit the jackpot. To be honest, you really can’t do any better than learning from Stephen Curry himself.

Level Up starring Stephen Curry: Release date, format, and how to stream

The show will consist of 6 episodes, that will all be released on the social media app Snapchat. Unanimous Media and Portal A are the producers of the show. The first episode; Did Stephen Curry Give Her The Secret To His Jump Shot, premiered on 25th June. The producers will release a new episode every week on the same platform.

This isn’t the first time Steph has been part of a TV series. Earlier this year, he participated in a game show, About Last Night with his wife, Ayesha Curry. Each episode consisted of the NBA legend and his wife inviting three famous couples to join them on an “exclusive date night” where they compete to decide who knows their spouses better through relationship questions and games.

In addition to that, the couple mentioned that they were inspired by the 1970s game show TattleTales, where celebrity couples answered questions about one another and won cash prizes for the studio audience.

It is evident that Steph has been influential on the court, but it is also great to witness him broadening his platform. He has used his basketball career perfectly well to expand the things he works on, like TV shows, documentaries, etc. It seems like the only way for him is upward from now on.
Tags: Finals MVPGolden State WarriorsNBA ChampionshipSnapchatStephen Curry
Previous Post