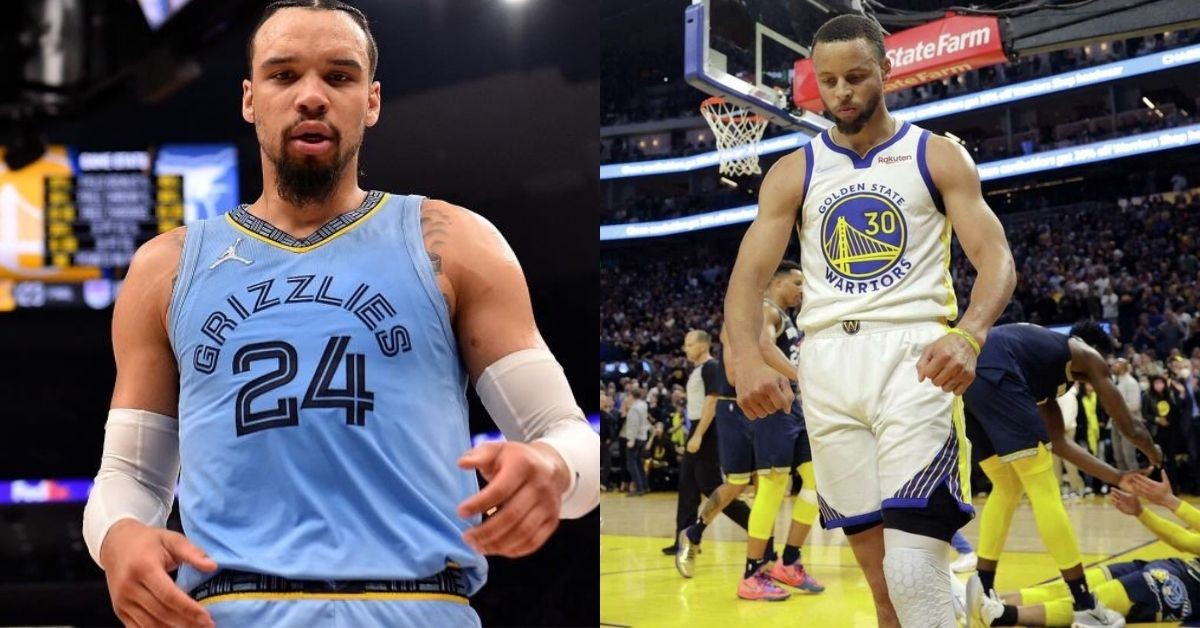 The exciting matchup between the veteran Golden State Warriors and young Memphis Grizzlies has finally come to an end with the former advancing to Western Conference Finals. Dillon Brooks believes this will be one of the last trips for Golden State in years to come but Stephen Curry disagrees.

Even without Ja Morant, they gave the Warriors an embarrassing 39-point loss in Game 5. The closeout game didn’t like a concluding one but Game 6 Klay saved them from the series stretching to 7 games in Memphis.

This particular matchup was highly anticipated given the play-in history from last season. It’s safe to say, NBA raked in some good viewership. These two teams will surely collide more often in the coming years.

Dillon Brooks had some bold predictions about the Grizzlies and Warriors’ future after getting knocked out of the playoffs. Although Ja’s absence is blamed for the loss, Stephen Curry and co were up 3-1 with the 23-year-old still on the lineup.

The Grizzlies star strong believes that the Warriors dynasty is over. He called them “old” in comparison and openly accepted that Memphis will come for them every single year.

Stephen Curry addressed these remarks after Game 6 victory in conversation with The Athletic’s Sam Amick.

“He’s said a lot of crazy things,” Curry told Amick. “He called himself a dynasty already, so you’ve got to figure. On to the next round. Western Conference finals, we’re back. Let’s goooo!”

Evidently, Curry didn’t pay much heed to Brooks’ comments and is excited about the upcoming Western Conference Finals potentially against the Phoenix Suns or the Dallas Mavericks. However, the 3x champion can’t dismiss the Grizzlies team that was up 50 against them at one point in a playoff game.

The Game 5 loss was very concerning in Ja’s absence and they’ve got to stop making mistakes like these as the stakes get higher and higher in the postseason.