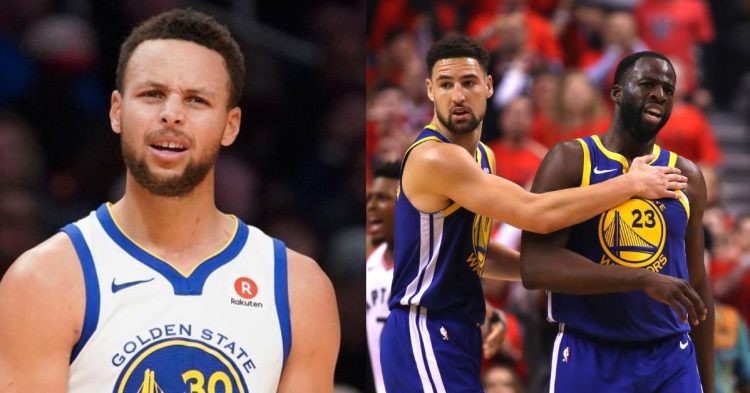 All NBA fans are aware that Stephen Curry and the Golden State Warriors are the defending 2022 NBA champions. They eliminated the Denver Nuggets, Memphis Grizzlies, Dallas Mavericks, and Boston Celtics within 6 games this NBA postseason and have proven that the dynasty is far from done. We all assumed the Warriors’ time was over after Kevin Durant left and went to the Brooklyn Nets.

The Warriors struggled to make it back to the NBA finals the past few years. After all, Steph and Klay were injured for long stretches of the season as GSW fell out of contention in 2020. This year, they are defending champions and silenced the doubters with their performance this season. Thus, they should be the clear-cut favorites heading into next season. However, according to an ESPN prediction ranking, GSW is expected to finish as the 8th seed.

We should wonder how much effort was put into the analysis to drop a team from the 3rd seed all the way to the 8th seed. Moreover, Steph actually commented on the results of this model on Instagram.

Stephen Curry remembers how ESPN got it wrong last season

As we move towards the modernization of the league, it seems that the media is finally being scrutinized for its controversial and hasty “hot takes.” There was not a single person in sports news who believed GSW would remain relevant this decade. Moreover, they were a bottom seed in 2020 and eliminated from the play-in tournament in 2021.

Thus, it made sense for ESPN to rate the Warriors low heading into the last season. However, it is beyond disrespectful to claim that the defending champions will be the 8th seed in the next season. One must wonder how ESPN drew these conclusions.

Both Gary Payton II and Otto Porter Jr have not re-signed with the Golden State Warriors for the upcoming season. ESPN analysts loved what they brought to the bay area, especially on the defensive end. This is the only explanation for the drastic lowering of odds.

Curry clearly had a problem with this. However, he knew better than to get agitated and make the situation a bigger deal than it was. Therefore, he simply decided to remind us how ESPN is far from accurate at times.

” 14% chance to win the Finals last year too (laughing emoticon)”.

We hope Stephen Curry and his team have another successful season this year and prove the remaining doubters wrong.