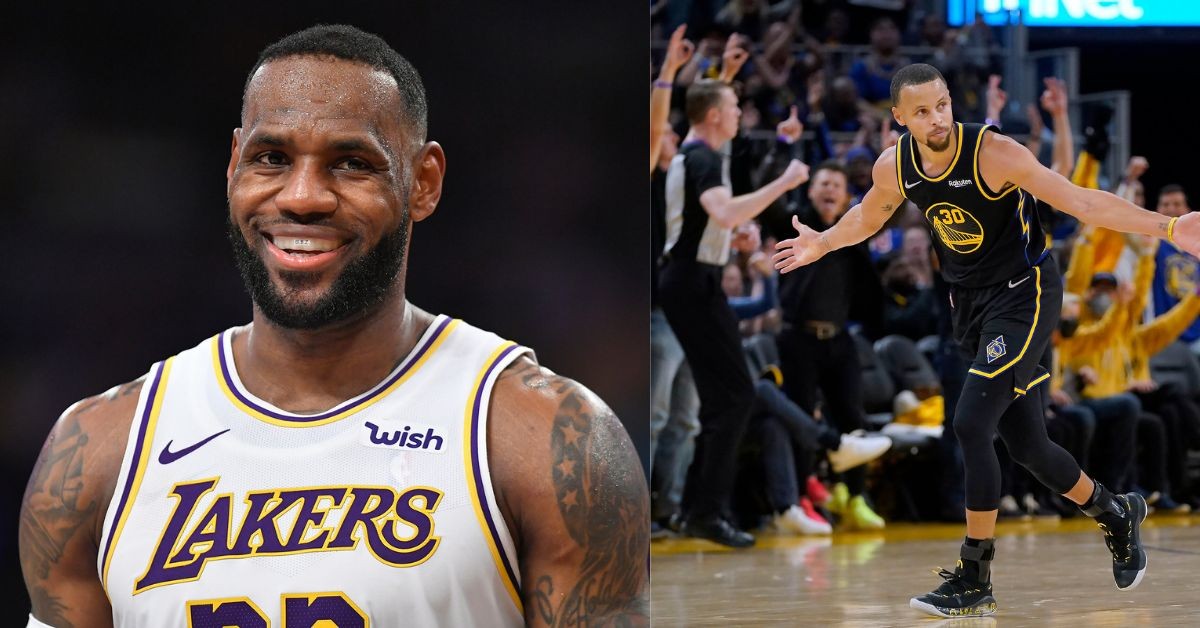 LeBron James and Stephen Curry are two of the most revolutionary players in the game of basketball. Both these players have dominated the NBA finals for more than half a decade. However, it turns out LeBron has been a fan of Curry even before they became rivals and contemporaries.

LeBron is 4 years older than Steph Curry. He has nothing but admiration and respect for Steph, especially after all their battles in the NBA Finals. However, not many people know that this goes back to LeBron’s first few years in the league when Curry was in college at Davidsons.

LeBron James was already a star in the league. Therefore, the media closely tracked his movements and actions. However, Bron has always been a lover of the game. He had apparently heard of Stephen Curry and decided to visit North Carolina to watch Davidson play.

This story was revealed in a podcast told by Steph Curry and hosted by Draymond Green. The show is called ” The Draymond Green Show” and is must-watch material.

Steph may not have been the beast we know him to be in the present in college. However, it is safe to say that he was incredibly talented, even in college, with a shooting range and accuracy like no other. LeBron was clearly impressed with the way Curry played and congratulated him post-game.

Bron also decided to give Steph an autographed jersey. This would have been considered quite a reward and valuable in itself. Additionally, LeBron signed it ” To the king of basketball from North Carolina.”

One can only assume how much LeBron was impressed with Curry’s name, to share his title of “king” although partially with him. One must wonder how many other players and their playstyle could obtain these compliments and gifts from LeBron James.

Both Steph and LeBron soon became the faces of their franchises and eventually the whole NBA league. However, Steph revealed to Draymond Green, that he actually still has the Jersey that LeBron sent him, somewhere in his dad’s place in Charlotte.

LeBron James deserves praise, for promoting a nobody at the time and encouraging him. Curry also deserves his props, for not looking at LeBron as an enemy or rejecting the basketball Jersey’s existence.

The lack of ego between these two players, really shows the people that the game is bigger than basketball itself.

UFC Strips Charles Oliveira of Title After He Misses Weight by 0.5 Lbs, New Rules Are Set for Gaethje vs Oliveira

“This Is a Disgrace”- Justin Gaethje, Michael Chandler and More React to Charles Oliveira Missing Wight for UFC 274 Title Fight