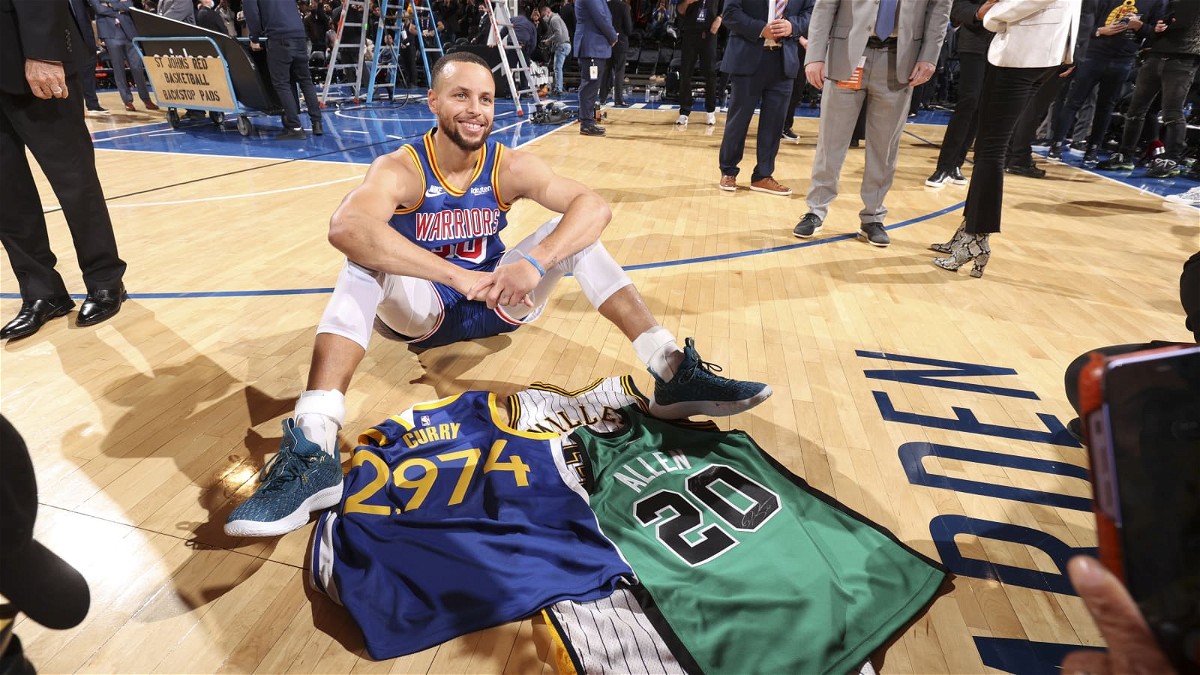 Stephen Curry is regarded as the man that single-handedly changed the way basketball is played. Some hate him for it but most people love him. But he would make most people’s list of their greatest 5 of all time. However, who would make the list of a player that’s already on everyone’s top 5 list?

It’s next to impossible to find any current player that does not have Air Jordan on their list. Jordan is a 6 time NBA Champion, 5 time MVP, 14-time All-Star, former DPOY, and ROTY, and the list goes on and on. He has truly won it all and will forever be the benchmark for any NBA player or fan as the best of all time.

A name that always is alongside Jordan in these conversations is LeBron James. However, Curry did not mention James in his top-5 list. I assume after beating LeBron as many times as his Warriors did in the NBA finals, LeBron’s name in his rankings would drop.

MVP, ROTY, Steals champion, scoring champion, All-NBA teams, these are just a few of the things that people believed a guy of his height could not do but he did anyway. His game and character were inspiring to everyone especially smaller guards like Curry.

A fellow member of Allen Iverson’s draft class, Steve Nash was another small guard that went on to change the NBA. You can see a common trend in what his list of favorites includes.

Nash won more MVP awards than Kobe and Shaquille O’Neal in a time when they were the most dominant players of all time. He transformed a 29 win team to a 62 win team in the span of one season. He may not have won any NBA titles in his career but he did all he could in his attempt to compete.

A 6 foot 7 shooting guard would be very difficult for a 6 foot 2 point guard to relate with. But when you look up to one of the greatest shooters of all time, you would pick up a thing or two.

Reggie Miller was a career 40% shooter from the 3 in a time where taking 3’s itself was a rarity. Considering that Stephen Curry leads all 3 point records known to man, it is safe to assume that Reggie Miller highlights got that confidence in him.

Muggsy Bogues is not even close to being an all-time great. He had career averages of 7.7 points per game. The maximum he averaged in a single season was just 11.1 points per game. However, here is what makes him stand out more than anybody.

He was not just a small guard, he is the smallest player of all time. Standing at 5 foot 3, in a league where the average height is 6 foot 2 and above is already a huge accomplishment. But to sustain himself in the league for 14 seasons and almost 900 games will always be his greatest achievement. Player over a foot taller than him too would not be able to do that. Curry’s dad played for the Hornets when Muggsy was in his Prime and kid Curry saw it all firsthand.

Stephen Curry did not come to be an all-time great completely by himself. As much as he worked hard on his game, he also followed the ideal of players before him. His list is dominated by players that stood out in a league filled with talent. And you can see every mentioned players’ game in his own.

Jayson Tatum and Deuce Tatum: The Cutest Father-Son Duo In The NBA