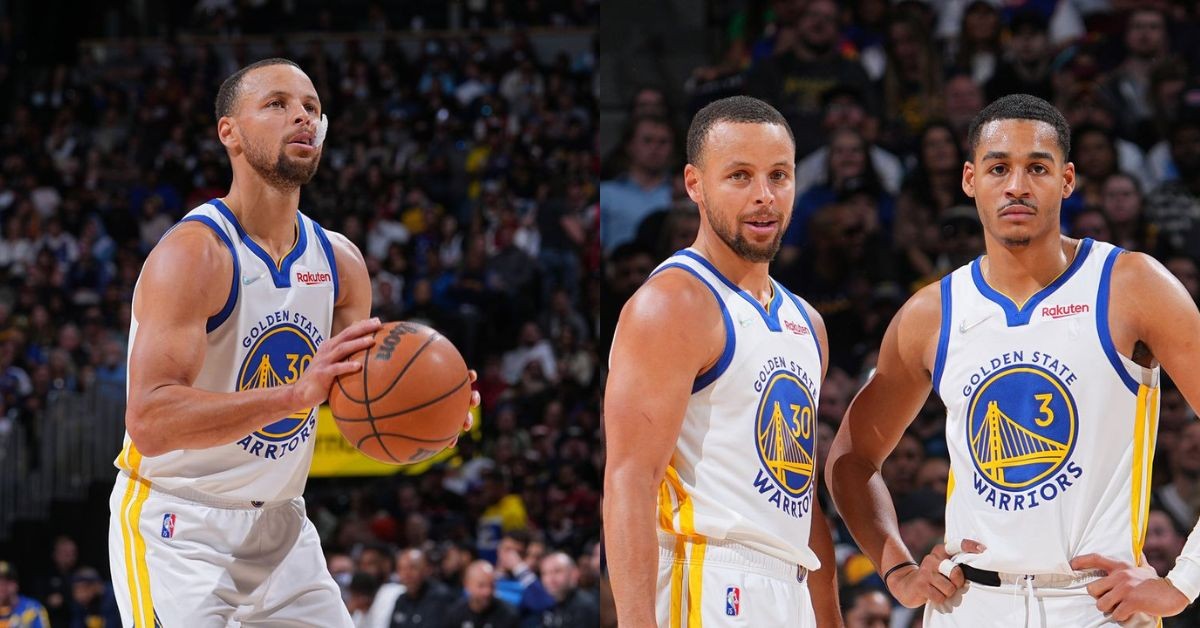 The Golden State Warriors pulled off a close win in Memphis last night despite Ja Morant and JJJ scoring 30+ each. Stephen Curry and co had a slow start but the third quarter Warriors inevitably arrived and destroyed the Grizzlies.

The Memphis Grizzlies had a double digit lead in the first half and Jaren Jackson Jr couldn’t seem to miss. Ja Morant exploded in the paint and pushished the Warriors heavily. In addition, due to poor officiating Draymond Green was ejected with a flagrant 2 in the second quarter. NBA players and fans reacted harshly to the call. Everyone seemed to think it was unnecessary especially in a playoff game.

Nevertheless, in the third the Warriors answered back and took a 1 point lead. Although Grizzlies momentarily bounced back in the final few minutes a clutch three by Klay Thompson led to Game 1 victory for Dub nation.

There have been many parallels drawn between Stephen Curry and Jordan Poole lately. JP’s high arching floaters, transition threes, playmaking are very much like Curry’s. While the 3x champion came off the bench against Denver, Poole took over and averaged terrific numbers in the first round.

Steve Kerr now has him in running the second unit off the bench and he has assumed that role effortlessly as well. He had a 30-point game against Memphis last night in addition to 9 assists and 8 rebounds. His playmaking has certainly elevated since Curry’s injury last month.

After the huge victory last night, the 2x MVP gave Jordan Poole his flowers. When a reporter pointed out the Jordan Poole is one of the few players on this Warriors roster without playoffs experience Curry reassured the media that the 22-year old is ready for the heat.

“He understood what it takes to be consistent at this, level. Be ready night in night out. You can’t teach that preparation for the moment, you either have it or you don’t.”

Clearly, Jordan Poole has it. The Warriors are great at nurturing draft talent instead of giving up on them too soon. Draymond Green, who was a second round pick, became the heart and soul of the team. Klay and Curry were lottery picks but remained loyal. Jordan Poole, Jonathan Kuminga and James Wiseman are their future.

No other team is better at retaining superstars without having to sacrifice their future. Stephen Curry’s recognition and words of appreciation mean a lot to a young breakout star like Poole who will most likely take the onus of leading this team when the baby faced assassin retires.