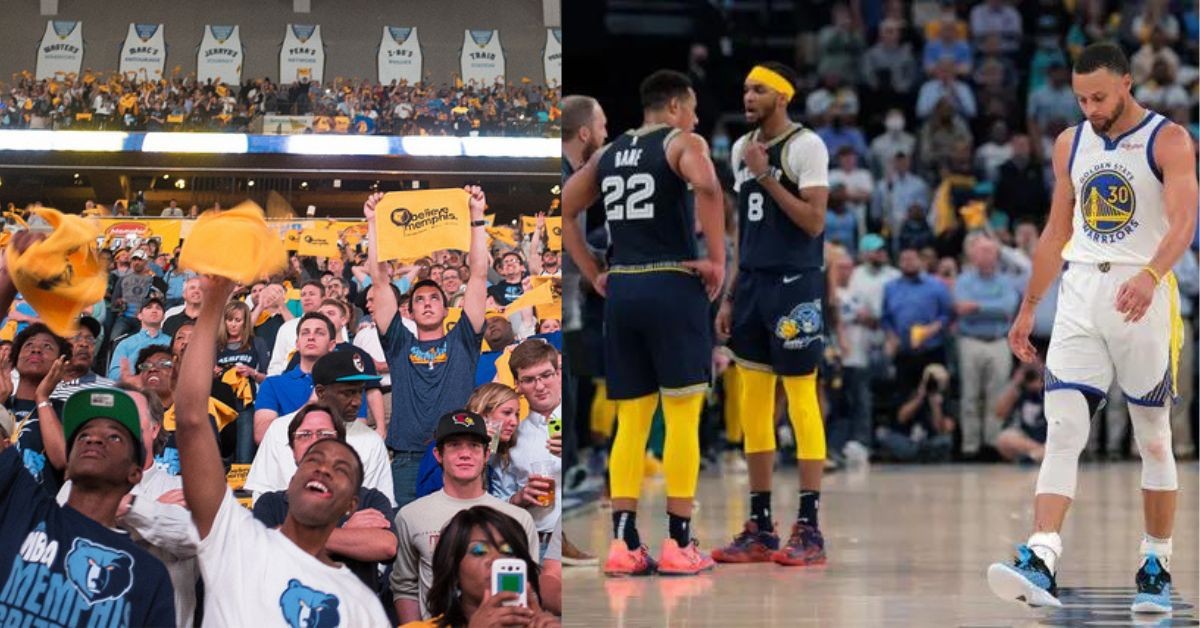 The Golden State Warriors just got demolished by a Memphis Grizzlies team without Ja Morant. They lost by 39 points as the stars of the Warriors struggled on the night. This could have been the close-out game for the Warriors but are now forced to play game 6. Stephen Curry mocked the Grizzlies before the game but came to regret it.

Playoff basketball is intense and players look for anything to take advantage of. The Warriors played and won Game 4 at home against a team without Ja Morant. But in that game, it was clear, that even this Memphis team was no joke. With their backs against the wall in Game 5, the Grizzlies showcased domination on a big stage and proved that heart is greater than experience.

‘Whoop that Trick’ is a song created by DJay (Terence Howard) in 2005. The song is very upbeat. Memphis Grizzlies have been using this track to hype up the crowd at home games. It’s reached a point where people have started naming it the unofficial song of the Grizzlies.

Game 5 was going to be played in Memphis and before the game Stephen Curry was asked what’s his game plan for a potential closeout game.

Stephen Curry gave a mocking response and the Grizzlies did not like it. Memphis scored nearly 40 points in the first 2 quarters and 42 in the 3rd. Memphis scored more points in 2 and half quarters than the Warriors did in the whole game.

But Curry played only 25 minutes and was constantly being mocked by the same words he mocked the Grizzlies with.

“It’s the best. This is what the whole back and forth is about in terms of home-court advantage and hostile crowds and you embrace all of that. Like, it’s fun. Even when you’re getting smacked you got to find something fun in it.”

However, Steph looked like he enjoyed the situation he created and it was truly entertaining. Can the Warriors win the series in game 6 at home? Or will the Grizzlies continue to defy the odds?