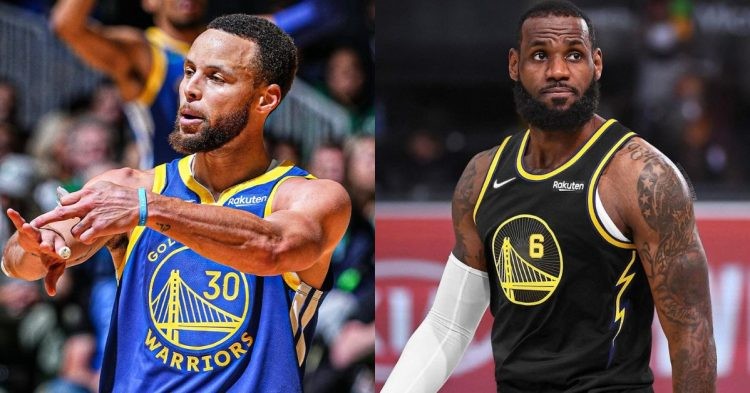 Stephen Curry just won his 4th NBA Championship title last night against the Boston Celtics. He has played a crucial role in the Golden State Warriors winning their seventh championship in the franchise history. The latest title now means that Curry has tied with LeBron James for most NBA Championships among active players.

Curry was on a good one last night where he made a whopping 34 points, together with 7 rebounds and 7 assists. His numbers this year have been truly exceptional and have helped the 34-year-old bag the MVP trophy.

The Warriors have managed to win the NBA Finals against the Celtics in a 4-2 series. The NBA Finals have been a hectic ride for them as they delivered lackluster performances at times. With that, the Celtics fought hard to keep up with their opponents despite not having a super-team as everyone knows. It was obvious who the favorites were; the GSW with their defense and chemistry within a team that has been together for a few years.

Other than Steph, Klay Thompson, Draymond Green, and Andre Iguodala also have 4 Championship rings to tie with LeBron James. Although it helps the record of who has the most championships and is still playing, Steph’s journey to the top is what truly separates him from his teammates. The American has almost single-handedly led GSW to titles with his shooting and playmaking.

Steph’s 4th title means that he moves up the all-time list for many.  Many criticized Steph to be “too small” or “too weak” when he made his debut. However, as time went on, Steph managed to focus on building his strengths and has proven people wrong.

LeBron’s last title was in 2020 with the LA Lakers. Since then, the Lakers have not been up to the standards that the Warriors have set together with the other teams. This year, James missed the playoffs for the first time since the 2018/19 season, making it only the fourth time in his career. It is in doubt whether James will win another championship in the coming seasons, considering his age. Only time will tell if Steph overtakes LeBron in NBA titles won.