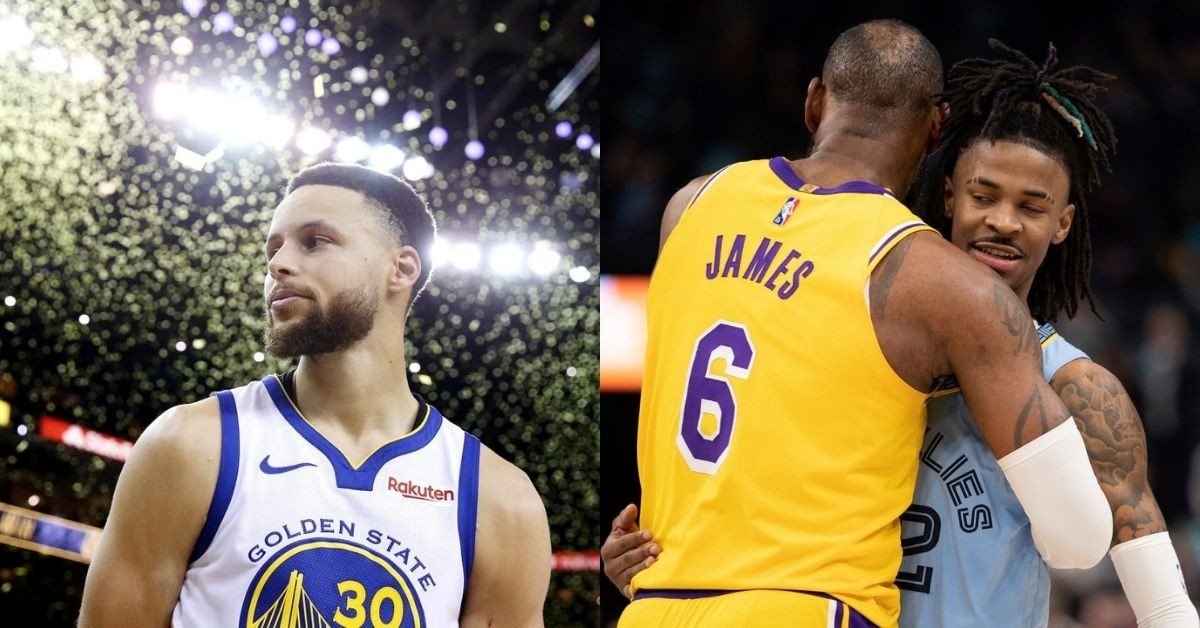 The Golden State Warriors closed out the Denver Nuggets in five games in the first round of the playoffs. And they could not have advanced to the Western Conference semi-finals without Stephen Curry yet again.

Stephen Curry returned to the playoffs after a 2-year hiatus since the 2019 NBA Finals. And despite being on a minutes restriction playing basis due to his recent comeback from injury, he left his mark on the series. He started only the last of the 5 games in the series. But averaged 30 minutes per game as he was crucial in closing out games.

Although the emergence of Jordan Poole cast doubt over Coach Kerr utilizing Curry, the former MVP showed just why he is still a superstar. He averaged a cool 28 points and 5.4 assists across the series and hit multiple dagger shots in Game 3 and Game 5.

Stephen Curry drained 5 threes on his way to 30 points to power the @warriors to the Game 5 win to advance to the Western Conference Semifinals!@StephenCurry30: 30 PTS, 5 REB, 5 AST, 2 STL, 5 3PM ???? pic.twitter.com/TRIzLfUugu

His performances in the first round of the playoffs have been just as popular on social media as they have been impactful on the court.

Stephen Curry’s game-winning performances off the bench and highlight-worthy plays from behind the arc continue to arouse social media.

Which NBA players have generated the most video views across the @NBA’s socials?

The gap between Stephen Curry and everyone else is pretty wild. pic.twitter.com/rXRicGtKNU

Steph Curry’s content is just as much of a hit as it was during his MVP years. Likewise, he has continued his showmanship well into his older years. He leads the social media interactions battle by over 270 million views over LeBron James and Ja Morant. Despite not having the same vibrant online personality as LeBron and Ja.

LeBron James has been a constant observer and commentator on the playoffs from his couch back home. Likewise, Morant has done his talking on Twitter too, meme-ing every bit of his playoff experience. But Curry prefers to leave it all out on the court and put his opponents to sleep. And let social media do its thing.