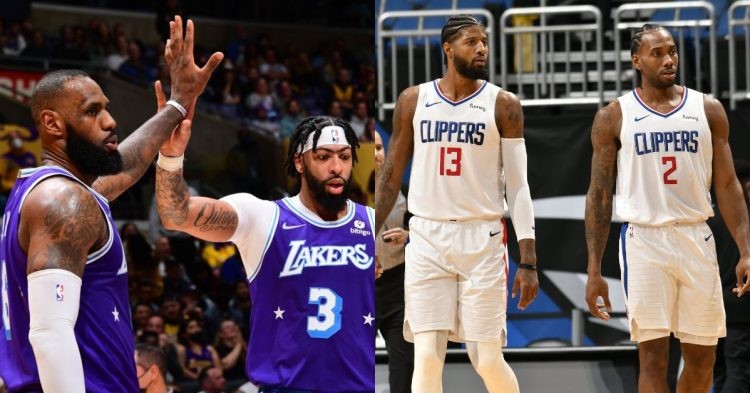 The 2022-23 NBA season is just around the corner and we already have a couple of feisty fixtures. The opening night will fall on October 18th. That is also when the NBA will hold the ring ceremony at the Chase Center, for the champions Golden State Warriors. Recent reports suggest that the LA Lakers will face the defending champions on the road.

The Lakers did not have a good season last time out. They missed the playoffs for the second consecutive time, meaning they will be looking to get back on their feet this season. The board hired a new head coach, Darvin Ham who will aim to make the best use of the aging roster available to him.

They would have to start on a high note in the first game of the season against the Warriors. A good result in that game would mean that the team morale will be high, which is essential in any sport. However, the Lakers also have another thing coming their way.  According to Shams Charania, reports have emerged saying their second game on October 20, will be against their fierce rivals LA Clippers.

When they face in October, Anthony Davis and LeBron James will be featuring for the Lakers. The pair once won the title in 2020 and many expected them to go win another the next season. Unfortunately for AD, injuries surrounded his career and any team will lose stability if they don’t miss a player like him.

The first Lakers-Clippers game of the 2022-23 NBA season is scheduled for Oct. 20 at https://t.co/lur8Hbuv0r Arena, sources tell @TheAthletic @Stadium.

For the Clippers, Kawhi Leonard and Paul George make up the dynamic duo that leads the team. It will be the first time since December 2020 that AD and LeBron will face Kawhi and Paul together. Although the Crypto.com arena will be filled with excited fans, we have to admit that the hype the LA teams once had isn’t there anymore. The teams have not played against each other with their full strength in recent years.

We can expect the star players of both teams to play in this year’s fixture. It will be exciting to see who takes home the win. The Clippers currently hold the edge over their city neighbors with a 7-0 unbeaten streak against the Lakers. The last time the Clippers lost was in 2020 when they fell short by just two points.

The Lakers will certainly be looking to start the season off strong against both teams. The fixtures are tough, they have players who are talented enough to pull something magical out of the hat. If they play their cards right, they may even win against both the Warriors and Clippers.