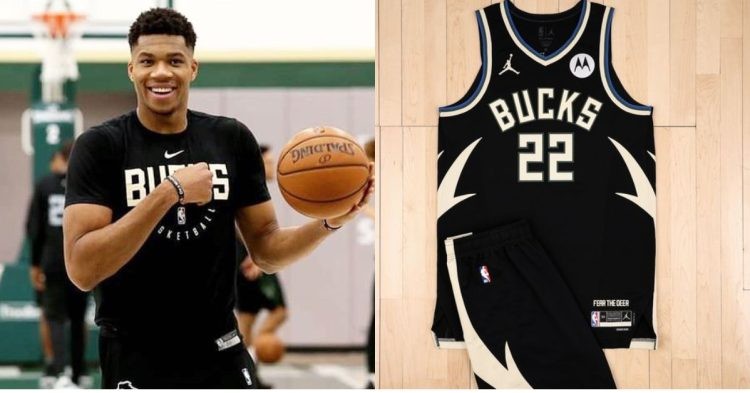 Giannis Antetokounmpo has brought the Milwaukee Bucks back into relevance. He carried them to win an NBA title after 50 years in 2021. The last time the Bucks won a title was with a young Kareem Abdul Jabbar back in 1971. The Bucks are considered a small market franchise in comparison to some of the other NBA teams. They recently unveiled a new jersey that they will suit up in for the 2022-2023 NBA season.

From the woods to the hardwood. pic.twitter.com/X3GHKN0ysh

Each team has two types of jerseys. One is for home games and the other is for away games. One must wonder how this new jersey will be different in comparison to the others that came before it.

Green has always been the color associated with the Bucks. Another team wearing the same color in the Eastern Conference is the Boston Celtics. There are several other teams such as the Minnesota Timberwolves and Dallas Mavericks who also have a green jersey. However, that is not the innate color represented by their franchise and is just an alternative to their usual jerseys.

The Bucks usually go with a white and green jersey, or a dark green and white alternative. Recently, they even had a black jersey. However, there is one significant difference between the latest jersey and the ones before it. Not only have the designers retained the black color, but they have also changed the overall design and positioning of the franchise logo.

Avid NBA fans will know that the head of a Buck is the logo for the team. Additionally, the logo is located in the center of the uniform alongside either the number of the player or his name. The latest jersey does not stick to this same criteria and has been given a different design.

The new “Fear The Deer” themed uniform will have a black base. Moreover, cream antlers are seen running up the sides of the uniform. Designers report that it is in order to give the appearance of a charging Buck.

It also has a line of blue at the neck and arm areas. Another significant change in this jersey is the changing of the brand logo. Most of the past jerseys had a Nike brand logo on the top right corner. However, reports show that the Jordan brand logo will replace Nike in the latest “Fear the Deer” statement edition uniform.