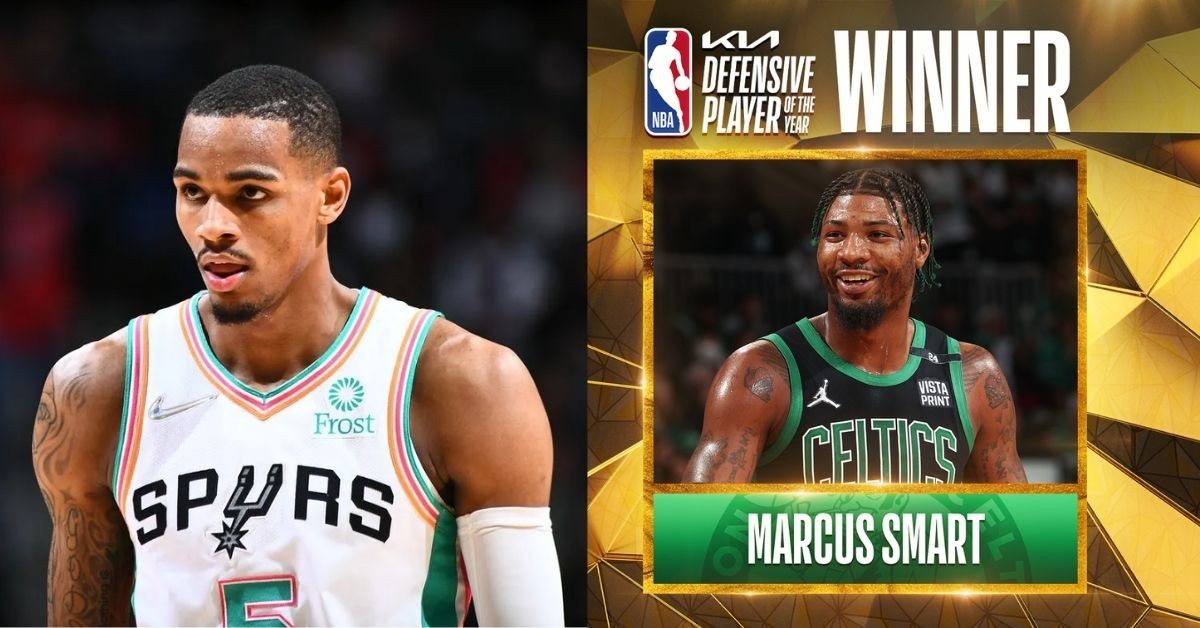 On 21st May 2022 the NBA announced their All-Defensive first and second team. 10 of the best defenders made the list but there were always going to be some snubs. Dejounte Murray lead the league in steals per game but did not make that list. Giannis Antetokounmpo and Marcus Smart headline the all-defensive teams.

The All-NBA defensive team is a list compiled by the NBA to honor the best defenders of the season. These are not just irrelevant awards. They could have contractual benefits and morale benefits altogether. In some conversations, this is the only real accolade to measure defensive acumen and set players up the pecking order.

The NBA all-defensive team surprises a ton of fans

When the NBA announced their selections for the Defensive teams, we saw a lot of names we could expect. Here are the All-NBA first and second teams.

Dejounte Murray becomes just the 5th player in NBA history to LEAD THE LEAGUE in steals and NOT make an all defensive team… unbelievable #PorVida #GoSpursGo pic.twitter.com/J20QG6R9Fv

Marcus Smart won the Defensive Player of the Year unanimously and made the defensive first team without breaking a sweat. The list also saw other former DPOYs like Rudy Gobert, Draymond Green and Giannis Antetokounmpo. Boston Celtics and Milwaukee Bucks have 2 players each on the list, completely dominating these 2 eastern conference teams.

All of these were great inclusions however, there were a few names that were snubbed completely. Fred VanVleet is one Raptors fans wished made the list. But Dejounte Murray leads the league in steals per game. He had one of the best seasons of his career.

Murray averaged 21 points, 9 assists, 8 rebounds, and 2 steals per game. He made his first-ever all-star team this season. He’s under contract for 3 more seasons on a very attractive contract. His performances were MIP worthy but he did not even get the nod for the all-defensive team.

Could the San Antonio Spurs’ losses be the reason he missed out on that? Regardless, Dejounte Murray will still be a great defender next season and attempt to turn that into wins.