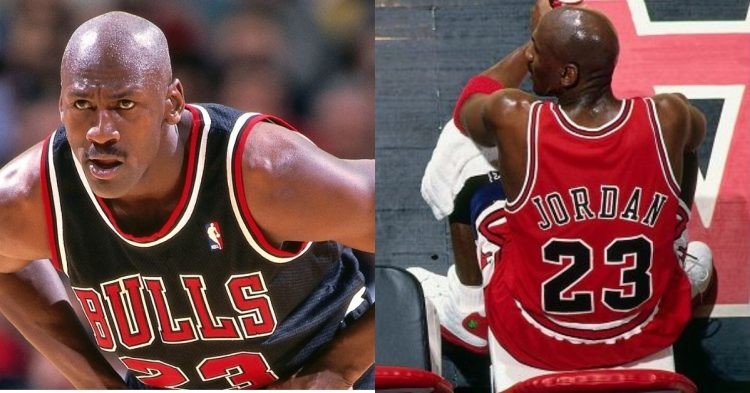 Jersey numbers are a trademark in sports and they play a huge role in that player’s legacy. For example, Cristiano Ronaldo’s 7 and Kobe Bryant’s 24. One such player who is also associated with his jersey number is the great Michael Jordan. The GOAT used to wear the number 23 during his playing days.

His jersey number eventually grew popular and it cemented its status of being iconic. That is similar to how Jordan’s career was. Everyone knows that he could not make his high-school basketball team. Reports claim that he did not have the skills to be on the team. The Chicago Bulls great eventually made it on the roster a few months later.

After that, MJ made it to the league after having a successful basketball career in college. His time in college included an iconic game-winner to help his team win the NCAA tournament in 1982. Later on, the Bulls drafted Jordan as the third overall pick. It was the start of a career that would turn out to be something magical.

One question that has always been on fans’ minds would be the reason for Jordan’s jersey number. The reason is quite simple. His brother, Larry Jordan was behind it.

He wore the number 45 when both of them were playing varsity basketball. Normally, brothers love to compete. There was no exception for the Jordans too. They were in the same school back then too. Michael explained that he chose to wear roughly half of his brother’s jersey number; 23.

Jordan’s 23 became a huge trademark that teams even retired his number. One of the teams was the Bulls. They did so to pay tribute to his exceptional contributions to the franchise. Miami Heat was the other team to retire the number for Michael Jordan. Although MJ didn’t play for the Heat, they retired his number out of respect for him.

It was recently announced that Michael Jordan was going to be the 2023 cover star of the world-famous NBA 2K game. He also gets his own edition of the game.

In NBA 2K23, he is the only player to have an edition of the game. Although it is understandable why he was chosen. It’s quite a synch with his jersey number don’t you think? His number has become an icon on its own and it also aligns with the game’s name, which changes according to the year.