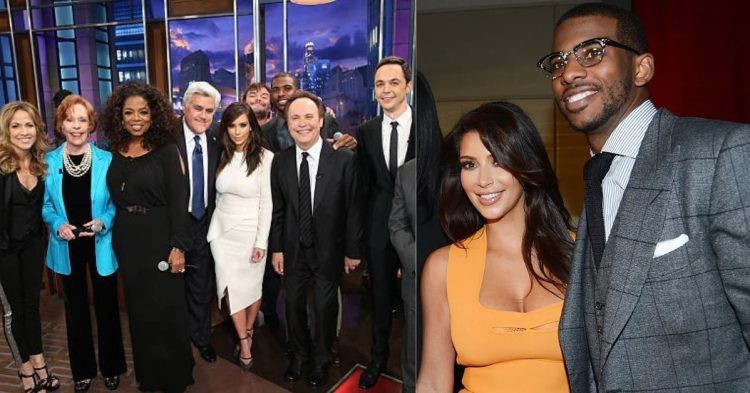 Well, it turns out that there are quite a few reasons to believe that what Kanye is saying is not all that deluded. People make accusations all the time. However, many of them are out of spite and have no actual merits or basis. With that being said, we should wonder what basis Kanye could have potentially had before deciding to go public with this information.

What did Kanye West say about Chris Paul and Kim Kardashian?

Ye has built quite a negative and controversial opinion about himself prior to making this surprise revelation. In fact, some fans theorize that he told us about the affair only to make us forget about his rants supporting white supremacy, Hitler, and Nazi mentality.

These are only a few of the very disputed topics that West has touched upon over the past few weeks. However, perhaps the NBA world truly chose to put aside his eccentric and racist rants when he tweeted out to the public about the affair.

“Let’s break one last window before we get outta here… I caught this guy with Kim…Goodnight.”

In his tweet, he shared a photo of Chris Paul’s face in the limelight. Well, he certainly created enough noise to break several windows with that one tweet.

It turns out that CP3 and Kim Kardashian have known each other for years now. They were spotted together at the 2012 Jeep Wrangler Unlimited Altitude Edition in Los Angeles. A photo of them alongside American Rapper Common has surfaced in the light of recent news.

That’s not all. Chris Paul and Kim were even spotted during Season 22 of the Tonight Show starring Jay Leno in 2014. However, nobody thought much of this as there were several other prominent personalities present on the set. Some of the other people on set included Actors like Jack Black from Kung Fu Panda and Jim Parsons from the Big Bang theory.

This has led fans to now claim this was always possible, “Chris Paul X Kim Kardashian, the signs were always there.”

Thus, we can conclude that both Kim and Chris are friends at the very least. Moreover, it also increases the likelihood of Kanye claiming they had an affair to be true.