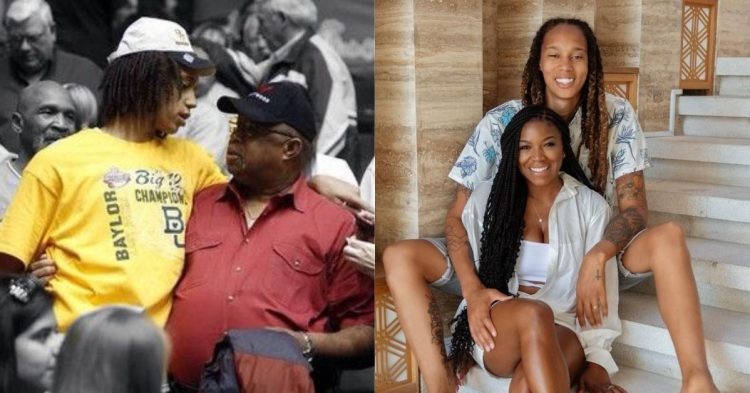 Brittney Griner went through a lot before she became the WNBA star we all know today. Fans must have certainly heard by now that Griner identifies as a member of the LGBTQ+ community. While the modern generation is growing increasingly tolerant towards diversified sexual identities, the same cannot be said of the past.

As a result of this, Brittney Griner underwent hardships and scrutiny, even in the eyes of her own parents, who struggled to accept her new identity. Griner discussed the entire process of “coming out” to her parents and the fear she felt while doing so. Fans might be interested in learning what happened and how her family members reacted to her choice of lifestyle.

Brittney’s parents did not digest the fact that their daughter had become a lesbian and was attracted to other women. Especially her father Raymond Griner, in comparison to her mother Sandra, who was more accepting of the situation. Life was quite tough for Brittney during her early years. She described the control and influence her father had over her in her book, In My Skin: My Life On and Off the Basketball Court.


“Of course, knowing I was gay wasn’t the same thing as telling other people I was gay. I didn’t feel ready to fully embrace everything I was learning. When I was in middle school, the control my dad had over my life was ironclad. I knew there was zero chance he could accept me as gay, or let me leave the house in a style that he would see as completely ridiculous…And I wasn’t ready to engage in that battle with him.”

It isn’t all that surprising to find out Raymond had a problem with her newfound identity. Perhaps, parents view it as a sign of failure when their child is not perceived as normal.

Brittney Griner was born a woman, the daughter of Sandra, and Raymond Griner is neither transgender nor a man. She is a lesbian who came out of the closet on the 11th of February, 2013

When BG came out to her father, he simply stated that he would never raise a lesbian. Their relationship deteriorated as they seemed to clash more frequently. As a result, she soon moved out of her house. Be that as it may, both she and her father were able to reconcile and maintain their relationship as the years went on.