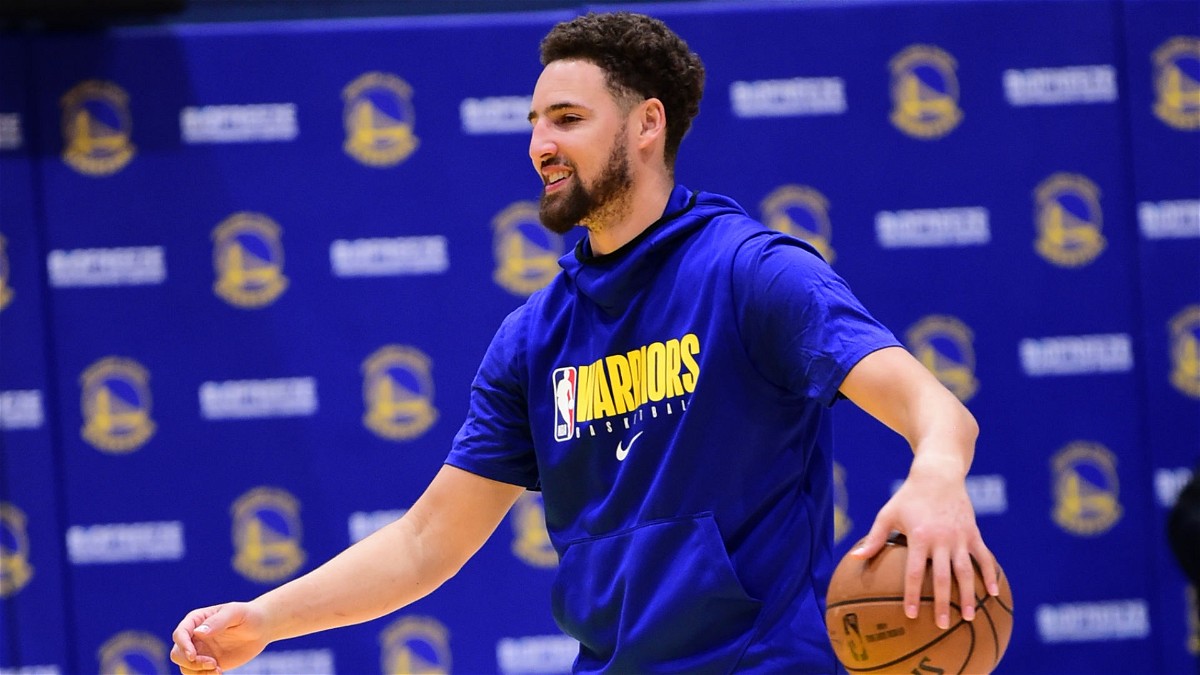 Stephen Curry and Ayesha Curry premiered their new game show, ‘About Last Night’ on HBO max. The show is set out to be a re-boot of the classic show, Tattletales. One-half of the splash brothers, Klay Thompson decided to plug the new show in the best way possible.

The show saw a number of celebrity couples come together for a night of fun, games, gossip, and a lot of love. The hosts, Stephen and Ayesha made sure that their guests had a great time.

If there are four things Klay Thompson loves aside from his family its Basketball, his Yacht, His splash brother, and his dog Rocco. Klay loves spending time with Rocco and it’s always the most wholesome thing ever.

Recently, Stephen Curry asked Klay Thompson to plug his new HBO MAX show, ‘About Last Night’ to which Klay made sure to be his authentic self. His humor was intact and so was his love for the Curry’s and Rocco.

Sounded like Steph yelled to Klay to plug his new @hbomax gameshow that premiers today, to which Klay responded:

"Oh., yeah, there's this show on HBO, Ayesha, and some weirdo she decided to marry…and, I didn't get an invite yet…but maybe Rocco and I can be in there one day"

Klay Thompson is just someone you cannot hate. He has made his big return to the NBA and has already been firing shots on the court. It’s only a matter of time when the Splash Brothers run full-fledged sequences on the court.

The Golden State Warriors will face the Los Angeles Lakers next. With a record of 41-15, GSW stands second in the Western Conference table. The Splash brother may be back on court but fans around the world are willing to pay extra to see Rocco and Klay Thompson make their appearance on the show, ‘About Last Night’.