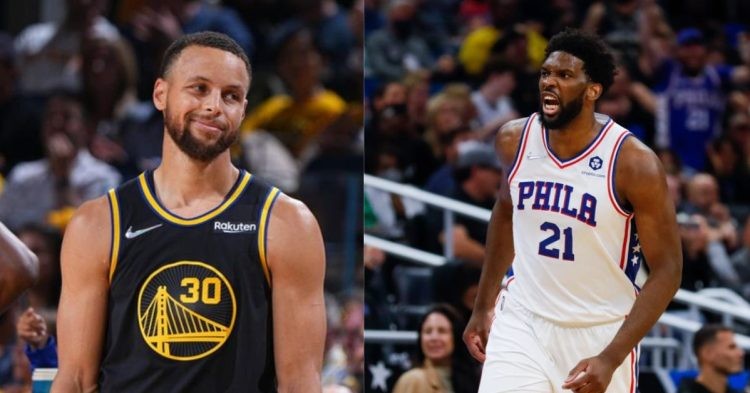 ESPN introduces a ranking best NBA players for the next season list every year. Despite the Golden State Warriors star Stephen Curry helping them win their 4th title, he has been ranked 5th on this list. This can be considered quite wrong and perhaps even offensive.

The NBA Finals MVP is widely considered the best player in the world. We considered LeBron James and Giannis Antetokounmpo just that when they won their MVPs in the last 2 years. However, Steph has been ranked only 5th, behind NBA players who have never even made the Finals in their careers.

Steph didn’t move up in this NBA player ranking despite what he accomplished last season https://t.co/GCYeEtDVCC

As a result, fans across the world have shown their dissatisfaction with this list. They were already quite skeptical about it when LeBron and KD were left out of the top 5. It is important to analyze the list made by ESPN and understand whether they have been objective or biased.

Most NBA fans already know who Joel Embiid is. He is the star big man for the Philadelphia 76ers. Moreover, he has proclaimed himself to be the most unstoppable player in the league. That is certainly a statement up for contention. Nonetheless, ESPN has shown Embiid love and placed him ahead of Steph.

A lot of lack of respect for Steph. The worst ranking list of all 👎🏽

We should wonder which of the players should be ranked higher. There is no arguing that Steph is a faster player and a much better shooter than Embiid. However, a lot of basketball is dictated by the size and how the player is able to defend.

Unfortunately, it is very difficult for even Stephen Curry fans to claim that he plays better or remotely close defense to that of Joel Embiid. Nonetheless, several of them were agitated by this sign of disrespect and voiced their opinions on social media .

Some of the other players ranked ahead of Steph were Luka Doncic, Nikola Jokic, and Giannis Antetokounmpo. However, we know that Curry and the Warriors eliminated two of these three players just this NBA postseason in order to win the title. Moreover, they were never on the backend these playoffs and ever saw a Game 7.

Underrating Steph is the most dangerous thing you can do.

I’ll leave it at that. pic.twitter.com/laegUMe6Xc

It seems that winning an NBA Finals MVP has not completely silenced the doubters. There is no arguing that he deserves to be a top 3 player at the very least after these playoffs. The rest of the league should hope Curry does not use this as motivation heading into next season.