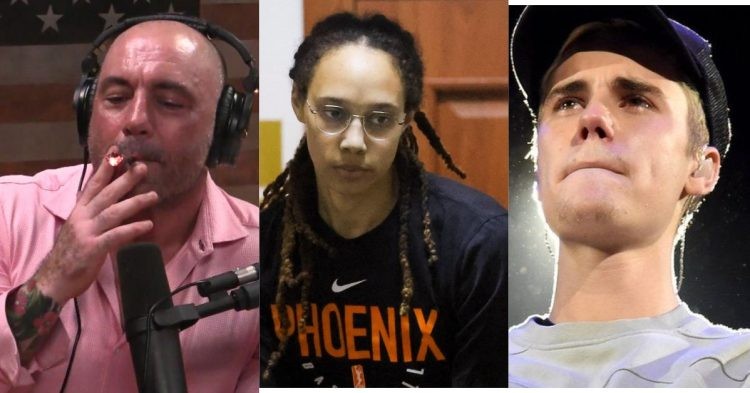 WNBA player Brittney Griner was arrested in Russia, on February 17th, 2022. She is one of the stars for the “Phoenix Mercury“, a WNBA franchise. Griner was caught at the airport by authorities for attempting to carry concealed marijuana vape cartridges. This is a very serious crime in Russia and there was no certainty that they would be lenient with her.

She has finally been sentenced and we now know how long she will remain gone. Prison, in an international country, is very different and impossible for many to describe. It can only be experienced. Several notable personalities from around the world have reacted to this news. Most of them seem to be critics of the harsh sentencing.

This issue has grown quite complicated. Grinner was clearly guilty and plead so, yet she has been sentenced to 9 years in jail. “If you can’t do the time don’t do the crime” is a popular saying that we use to look away from situations like these. However, it is clear she is being untreated unfairly or strictly to say the very least. Additionally, the Russian legal system does not care about WNBA stars. They have no reason to hold Griner any less accountable for her crime.

Despite pleading guilty she has been given a career-sacrificing sentence of 9 years. If she serves it, it is highly unlikely we see her play professional basketball. She would be 40 years old and in no shape to return to the pro leagues.

Justin Bieber is a popular singer and personality. He shared an Instagram story when the verdict was released. Moreover, Bieber included a caption asking what he could do about the situation. He truly seems genuine and wants to help in whatever manner possible.

Justin may have all the money in the world and all the best wishes for Brittney. After all, he has a net worth of almost $300 million dollars. However, one must wonder how much his voice would sway the Russian legal system and make a significant difference.

Joe Rogan, a famous commentator, and podcaster also weighed in on the situation through Instagram. He added a caption condemning this. The caption clearly indicates that he is against the verdict. Additionally, Rogan included a valuable nugget of information in his post.

“This is some really horrible sh*t. I hope some sort of a deal can be made to get her out, and I hope this makes us look at our own policies here in America where thousands of people are in jail for cannabis right now.”

There have been several rumors of a potential prisoner swap and America agreeing to release a Russian criminal in return for Grinner. One must wonder whether Rogan knows about this or would agree if this was the case. He also brings the issue to a more local level and talks about the policies of the U.S.A.

If there are convicts in America spending more than 5 years in jail, it would be hypocritical to bring Grinner out with a “prisoner swap”. Moreover, it is highly unlikely many of the criminals serving that time committed the crime when going through an airport in an international country to play professional basketball.

The Russian “masterminds” may have a role in this. It is possible they purposely increased the sentencing in order to pressure the U.S.A to agree to a prisoner swap. Carrying concealed substances through an airport is neither a mild crime nor a severe act against humanity. Therefore, this might all just be a poker game with the WNBA star’s future and a decade of her life on the line.