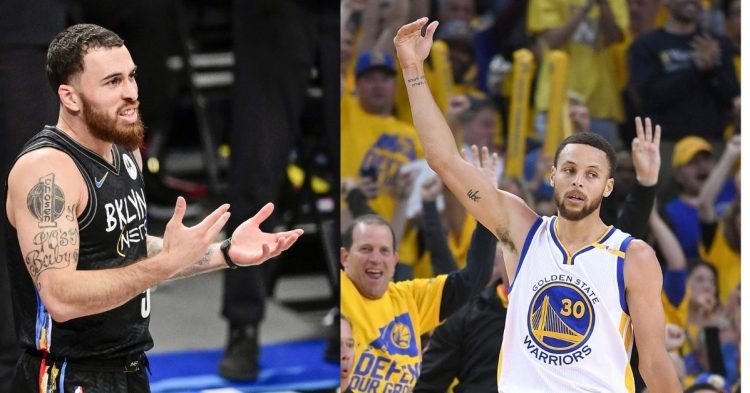 Stephen Curry won the NBA Finals this year and was Finals MVP. Several critics who claimed he could not win without Kevin Durant were silenced. There have been arguments regarding where Curry is ranked in terms of all-time greatness. Everyone has an opinion. Former NBA player Mike James claimed that he is not even top 5 in the present league and lacks team-leading capabilities. He gave reasons to back his stance.

It is quite unfair that Curry has to undergo this criticism after his performance this postseason. But then again, it is Mike James’ right to have and express an opinion, however controversial it may seem to be. Let us break down what he said and how accurate his analysis is.

“Basketball heads” and sports fans have a unique list of criteria they use to define superstardom. From “being clutch” to “making teammates better” to “guarding the best player on the opposing team“, the list is fluid and forever changing. According to Mike James, there are 5 stars better than the 2022 NBA Finals MVP.

They are; Kevin Durant, LeBron James, Giannis Antetokounmpo, Joel Embiid and Luka Doncic. These are all players who have been the cornerstones of their respective franchises. Additionally, all their teams seem to involve them primarily on offense.

Mike claimed that each of the players he chose would be able to “do whatever they want” on any team. He was skeptical as to whether Curry could do the same.

“I think those other five can do whatever they want to do on any team in the world right now. I just don’t know about that for Steph. It’s a little murky for Steph… If you put him in Minnesota, he would still kill, but I don’t know if it would be the same.”

The Golden State Warriors offense is based on constant rotations and switching. Curry is always on the move, using his teammates and screens to help him get clean looks to make his three-pointers. He utilizes the team offense best, as opposed to controlling the team offense himself. Mike James thinks this is “one-dimensional” and has removed Steph from his current top 5 NBA players list.