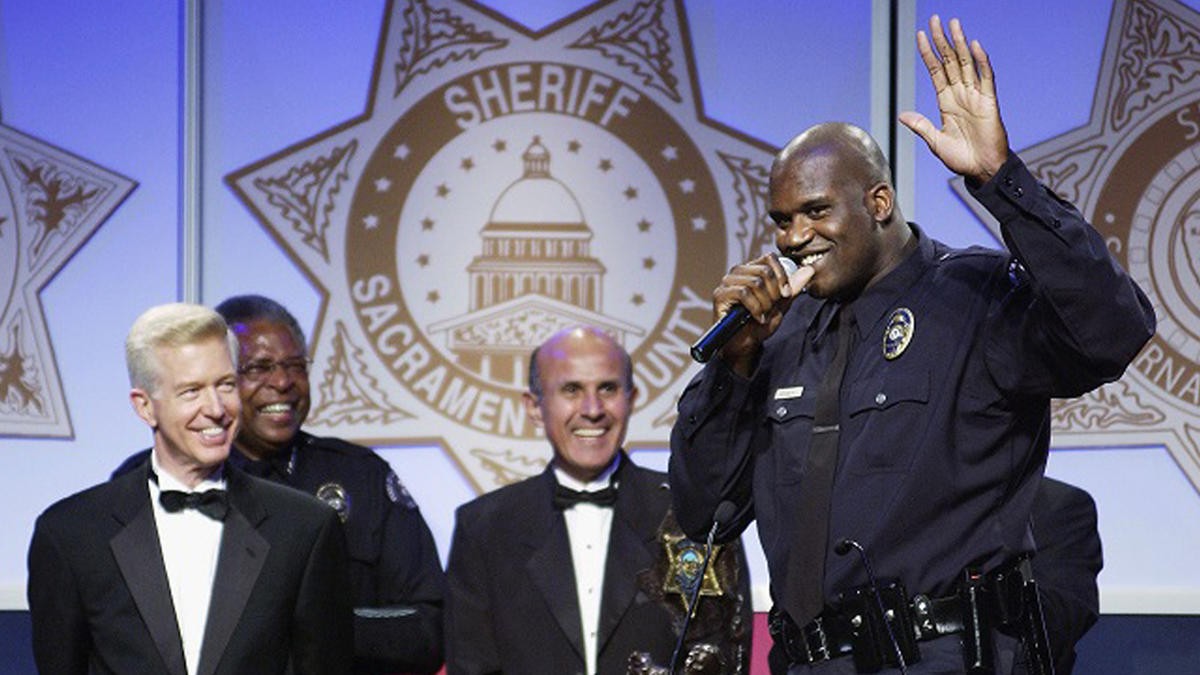 Shaq is a man of many talents. We’ve seen him dominate the court for over 2 decades. We also saw him beat up our favorite wrestlers in WWE. Apart from that, he’s had a successful DJ-ing and acting career. He’s also an Emmy Award winner and one of the smartest investors we have seen in our time. But one lesser-known area of Shaq‘s expertise is his career as a cop.

We have seen the big Diesel take on the role of a police officer in the Grown Up’s franchise. But this is much more different than that.

The law-enforcement career of Shaq

He then made his way to Miami after a falling out with Kobe Bryant and the Los Angeles Lakers. However, that didn’t stop ‘Superman’ from being the hero he is. He once trailed down a man that harassed a homosexual couple and got the man arrested. That heroic act from the giant earned him another job. He became an honorary Miami Beach police officer with a $1 annual salary.

Shaq also visited the Broward Sheriff’s office where he sat down with the Sherriff and spoke about law enforcement and different ways to keep the communities safe. Shaq didn’t leave empty-handed however, he was also added as the auxiliary deputy with the BSO.

Basketball legend @SHAQ goes by many nicknames, and now added to that list is Deputy Shaq. The big man now works as an auxillary deputy with the #BSO. Sheriff Tony sat down with Shaq and the two talked about the different ways law enforcement works to keep communities safe. pic.twitter.com/H8j2lwUm0B

In 2016, Shaq even surprised a cop that refused to send away children that were playing basketball after receiving a noise complaint. He was the ‘backup’ for the GPD.

Shaq is also one of the investors in Ring, the doorbell company that shows his reach in domestic security and further enhances his name. Shaq has truly left his mark and formed his legacy in all walks of life. There was even some talk of Shaq running for Sherriff. Maybe that’s next in line for ‘Superman’.