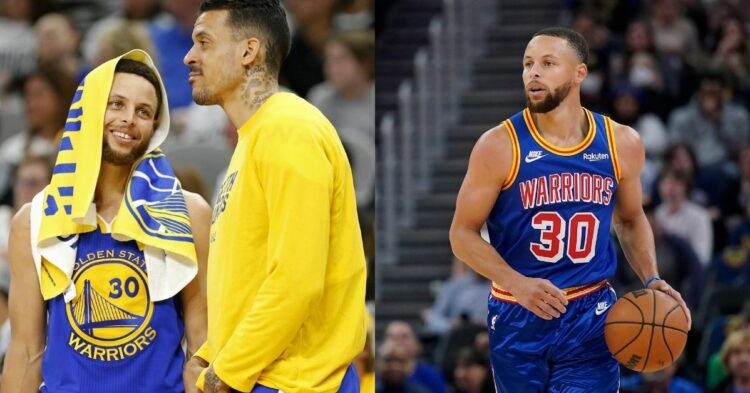 Matt Barnes is a retired NBA player, who is now a guest panelist for ESPN. Barnes has had a 16-year-long career in the NBA. He averaged 8 points and 4 rebounds his whole career. Additionally, he won his only championship with Stephen Curry and the Golden State Warriors in 2017.

Barnes has gone toe to toe with all the legends of this generation. However, what sets him apart is his use and support of Marijuana. Matt has been open about his use during his career and personally.

Stephen Curry and Matt Barnes had an interaction back in 2017. Barnes told Curry he “owed him a smoke” for their championship. However, this never came to fruition. Barnes must want the Warriors to win this season potentially to remind Steph of his promise.

Curry is the “Golden Boy” of the NBA. He is an inspiration to millions both on and off the court. He was raised in a good Chrisitan household. Therefore Steph was never really into substances growing up. He had a bright career ahead of him and wished to make it at the highest level.

Steph may or may not consume marijuana. However, he would never admit it openly like Barnes has and sway his millions of followers. Be that as it may, when all is said and done Weed is legal for recreational use in the state of California. Therefore Steph wouldn’t even be breaking the law.

Weed and NBA athletes have always been a weary combo. A few years ago D’Angelo Russel of the Brooklyn Nets was arrested for carrying concealed substances into an airport. This turned out to be marijuana. He was heavily criticized for letting the substance potentially compromise his future.

While an argument could be made that his career has taken a steep fall since then. One must wonder whether Marijuana actually limits elite athletic potential. Matt Barnes was definitely no Kobe Bryant and D’Angelo is nowhere near all-star potential this season.

But, as long as Steph stays focused on winning this championship, there should be no reason for him to not take up this offer with Matt Barnes in the offseason. He will have won as many rings as LeBron James. If that isn’t a reason to get high what is?.