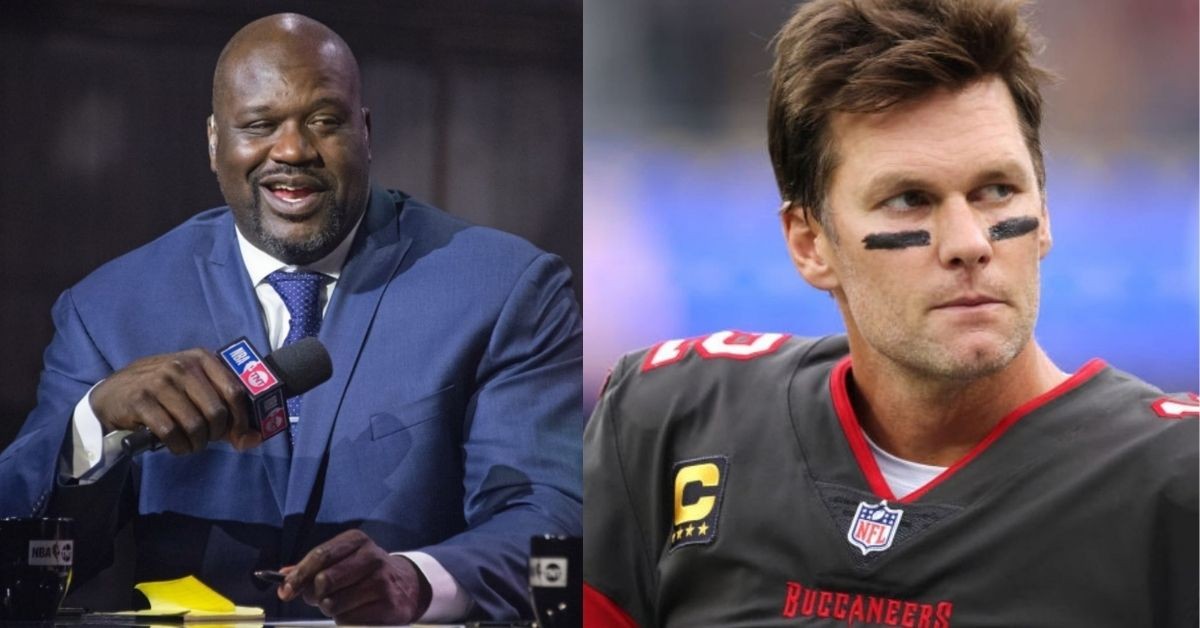 Tom Brady is a quarterback for the Tampa Bay Buccaneers in the NFL. He has won 7 super bowls or NFL championships. This makes him one of the greatest if not the greatest in the sport. Brady has been offered a massive contract to become a fox sports analyst after his football career.

Shaquille O’Neal is a former NBA Center and now an analyst for TNT. He had an illustrious career in the league. He went on to make more money and fame outside the league after his career. Shaq reacted to Tom Brady’s contract in his podcast.

So does Tom Brady’s contract with Fox make him earn twice as much as Shaquille O’Neal?.

Tom Brady is a 7x NFL champion. This puts him in the league of LeBron James and Michael Jordan. However, business and endorsements vary based on the sport. An athlete may earn more in one field as compared to the other.

Shaq explained Brady’s worth explicitly on his podcast. “In terms of greatness of this kind, if you lend any anger .. you a hater…. whoever says he don’t deserve his money… shut your face.”

Tom Brady has a net worth of 250 Million Dollars. This is no small number. He amassed these earnings by being in the NFL for over 20 years as well as many endorsements. His Fox sports contract would give him 375 million dollars over 10 years.

This boils down to 37.5 million a year. Shaquille O’Neal’s current contract with TNT gives him around 16 million dollars a year. This would indicate that Brady is going to be earning more than twice as much as Shaq.

This does not mean Tom Brady is richer than Shaquille O’Neal. Shaq has a net worth of 400 million dollars. This is due to his immense earnings off the court. Therefore, Shaq is a clean 150 million away from Brady in terms of being purely “richer”.

However, we cannot deny that Brady has gotten a sweet deal out of Fox. He is now going to make more money off the field than he ever did on it.