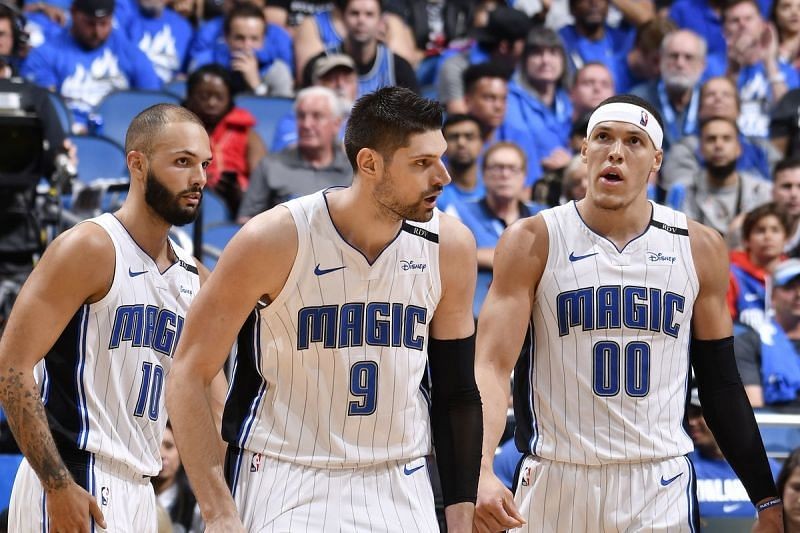 Orlando Magic has made the biggest moves as the trade deadline approaches in about 2 hours. They have traded their 2 best players, All-Star Nikola Vucevic and Aaron Gordon for younger players and future draft picks. Only time will tell whether they were on the winning side of the trade or not.

Orlando Magic is struggling more than ever this season at 14th seed in the eastern conference with one of the worst records in the league. Even though they haven’t had big playoff wins in the past few years, they managed to get there as the 8th seed at the very least. They did ruffle some feathers when they defeated Brooklyn Nets last week but that only increased Vucevic and Gordon’s trade value.

These last-minute moves suggest that Orlando Magic is going into rebuilding mode with young players and several draft picks in the coming years. They managed to get rid of Nikola Vucevic at the end of his prime, however, Aaron Gordon is only 25 and would’ve been a good player to build around as he is set to hit his prime. 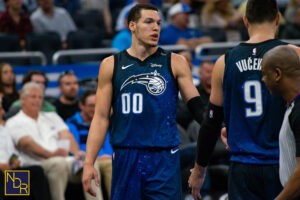 Denver Nuggets seem to be the winners of Aaron Gordon Trade

Although the draft prospects of 2021 will decide the winners and losers of the deals struck by Orlando Magic, for the time being, it looks like they have traded Nikola Vucevic and Aaron Gordon for pennies. In addition, it is not just their star players but also two other players from the starting line up.

Nikola Vucevic and Al Faruq-Aminu were sent to Chicago Bulls for Wendell Carter Jr. and Otto Poter along with 2 first-round picks (2021, 2023) including the top 4 protected this year. It’s an incredible move by the Chicago Bulls, acquiring 2-time all-star Nikola Vucevic for 2 players and draft picks. It does not affect the Bulls much since their roster is entirely made up of young core.

Vucevic is having a career-high season averaging 24.5 points and 11.8 rebounds per game at 48% FG. Along with a double-double, he averaging 1 steal and improved beyond the arc tremendously.

Another big move on Orlando’s part was trading Aaron Gordon to the Denver Nuggets along with Gary Clark and received RJ Hampton, Gary Harris, and protected 2025 first-round pick in return. It was a smart move by Denver as their team is fairly young and Nikola Jokic and Jamal Murry are doing wonders at just 25. Aaron Gordon is a perfect fit for the guard-centre duo and makes them a legitimate contender for the title.

Clearly, Orlando Magic is going into a rebuild mode and are expected to tank for the remainder of the 2021 season for better lottery picks in the 2021 draft. The team will take at least 2-3 years to make it into the playoff conversation.

Also Read: All The Absurd Things Kyrie Irving has Said Throughout the Years