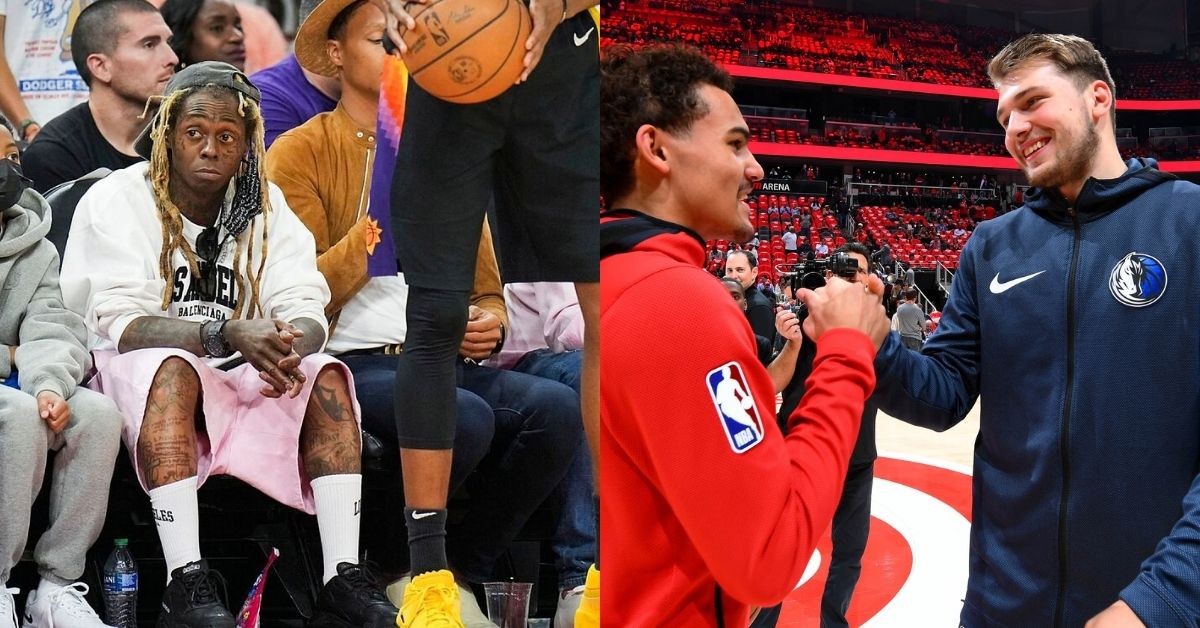 The Lil Wayne-Dallas Mavericks beef started in the Conference Semi-Finals and it looks like the rapper is not ready to bury the hatchet. He sat courtside in Game 2 watching Luka Doncic drop 42 points in a heartbreaking loss.

Mark Cuban and Lil Wayne exchanged a few words on Twitter but it appears as if the Mavericks owner is ready it put it behind him. Cuban reach out to him prior to the game to shake hands despite the harsh langue the rapper used against him.

Throughout the Phoenix Suns series, Lil Wayne was present courtside getting into it with Luka Doncic and co. He aggravated the Slovenian to the point that he eliminated the best team in the league. Luka dropped 30+ a night to come back from an 0-2 trail and advance to the Conference Finals.

Dallas has not reached this far in the playoffs in over a decade. The 23-year-old is ruthless on the court and only feeds off of haters barking at him from the sidelines.

Trae Young and Luka Doncic have been compared time and against since the day they set foot on the court. The two entered the league together and took their teams to new heights. While the Atlanta Hawks made ECF last season, Luka Doncic took the Mavericks to WCF this season.

The Hawks guard is watching Doncic succeed in the postseason as a fan and took his side in the Lil Wayne beef on Twitter. Although Atlanta didn’t make it that far this year Young is supporting the Mavericks guard.

The series will move to Dallas for Game 3&4 and Trae Young wants to see Lil Wayne courtside again so Luka Doncic finds the motivation to beat the odds and make level the series.